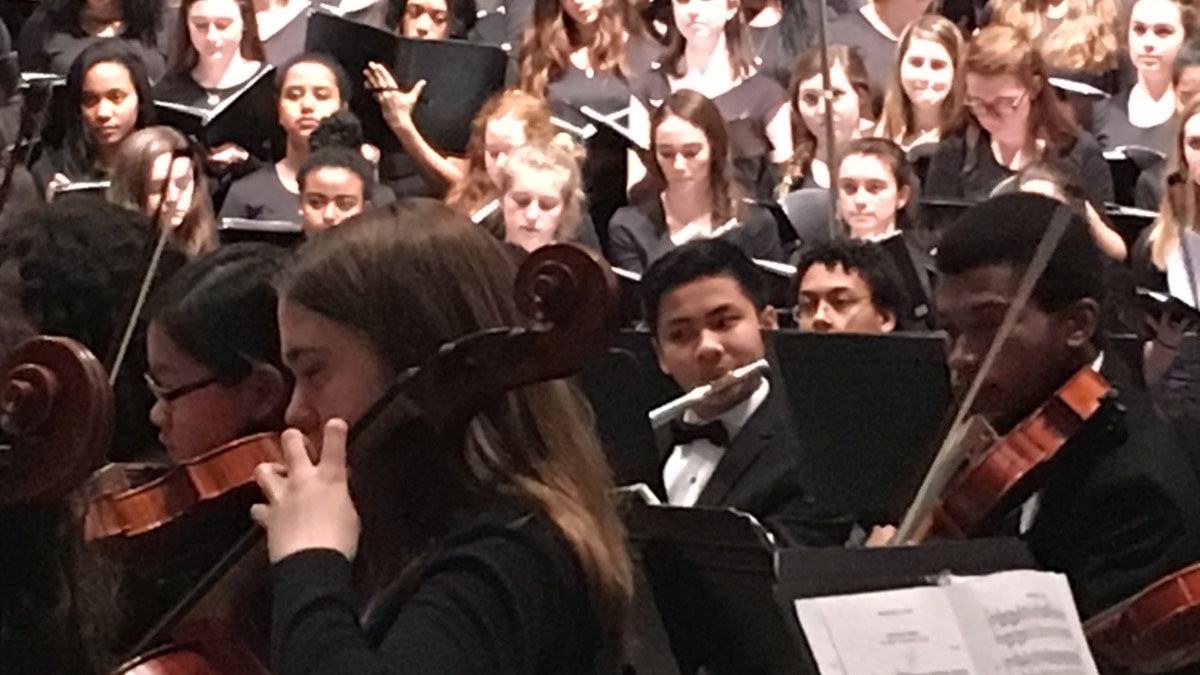 Young Cambodian flautist selected for an orchestra in Washington

A Cambodian flautist was selected to perform in a prestigious orchestra at the Washington National Cathedral last week before an audience of several hundred people.

Panh Panhlauv, 15, who came from Phnom Penh to study in the United States in 2012, is now in grade 10. A flute player for 10 years already, Panh Panhlauv told VOA Khmer that he trains three times a day – at school, in private lessons at home and in weekly lessons in Washington.

“Music is really important for life because it teaches discipline and also helps your brain because music makes us smarter and that’s a scientific fact,” he said.

Panh Panhlauv was chosen to perform in this year’s High School Choir Festival for the first time as part of the DC Youth Orchestra program. Parents, students and other members of the audience cheered and applauded after the performance.

Orchestra director Mariano Vales said Panh Panhlauv’s playing was at the highest level for both flute and clarinet.

“We have seven orchestras and this is the top, which is the highest level of our own organization,” he said. “So for them it’s very important to play in this orchestra. “

The young virtuoso’s father, Panh Meng Heang, said a lot of practice has gone into his son’s musical abilities.

“He has his talent, which is why the director chose him to play today in the National Cathedral in Washington, DC,” he said, adding that his daughter was also a musician and that another son hopes to become a film actor. . He was proud that his children had the chance to pursue such interests, as many Cambodians did not have the opportunity, said Panh Meng Heang.

In total, students from eight schools participated in the event, which brought together around 800 people and was organized by the Cathedral Choral Society. Performances included “Battle of Jericho”, “Christ’s Choir of Alleluia on the Mount of Olives”, “Sound of Silence” and “Precious Lord”.

Kate Breytspraak, the company’s director of operations and community engagement, said she wouldn’t be able to run the festival without the enthusiasm and hard work of the directors and students.

“It’s exciting to see these individual pieces come together [and] strengthen our community through the joy of music, ”she said.