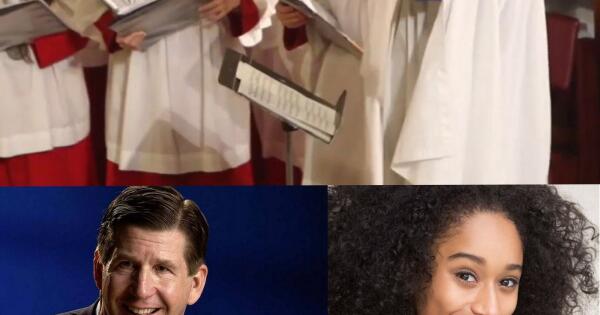 The Waterbury Symphony Orchestra (WSO) will offer three performances of “A Salute to the Solstice” this weekend. The concerts are part of the WSO’s ongoing Music in the Great Outdoors series.

The program will feature soprano Maria Wirries and organist William Trafka, as well as brass and percussion from the Waterbury Symphony Orchestra.

Tickets cost $ 30 and can be purchased in advance or at the door.

“It signals the return of the warming sunlight and the birth of a new year, so for this concert we have included music from many different eras and traditions which all express a sense of joyous celebration,” added Maestro. Bjaland.

“The three churches featured in these Solstice concerts are all historic, magnificent, and house very powerful and resplendent organs,” he said. “Pairing these magnificent instruments with the brass and percussion of the Waterbury Symphony will be a spectacular sound show. “

Versatile soprano Maria Wirries is a rising Broadway star. A graduate of the musical theater program at Penn State, she was recently seen in the Broadway Touring Company of Dear Evan Hansen.

Theater credits also include the Broadway Revival Workshop of Once on this island; The artists series Hot and cold; Penn State Theater’s Be cooler, Sweet charity, Hair, and Titanic; and the Players Theater Masterclass.

Wirries has a passion for creating new original works and has commissioned songs from James Grant, Dick Hyman, Alex Rybeck and Sheridan Seyfried. She also writes her own original songs, which can be listened to on her SoundCloud account.

Organ virtuoso William Trafka is a graduate of the Eastman School of Music in Rochester, NY, where he studied with legendary American organist and teacher David Craighead. He arrived in New York City in 1985 to serve as associate organist at St Bartholomew’s Church, where he was appointed director of music in 1995.

For 22 years, Trafka led the St. Bartholomew’s Day Sacred Music Summer Festival, offering Masses for 13 Sundays as part of the 11am Eucharist.

He was also artistic director of the Mid-Manhattan Performing Arts Foundation which presented “Great Music at St Bart’s,” a concert series featuring performances by St Bartholomew’s Choir and numerous guest artists and ensembles.

Tickets can be booked and additional information is available at waterburysymphony.org.

Concerts, parades and theater, 14 things to do in Wilmington December 10-12