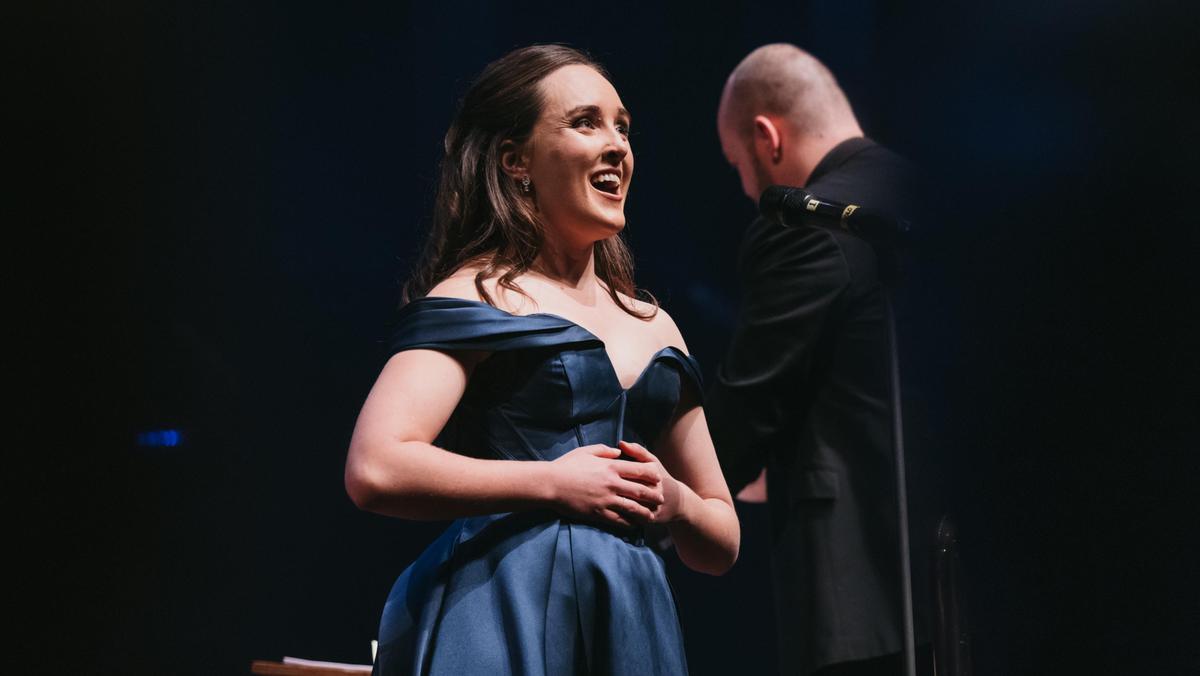 Gustav Holst’s Planets suite proved its enduring charm in WA Charity Orchestra’s Music of the Spheres at the Concert Hall on Saturday, bringing out the best of the ensemble amid a program rich in film scores.

From the first frenzy in stentor strings and horns to the majestic central anthem and swift climax, Jupiter, the Bringer of Jollity emanated universal appeal, imbued with the exuberance of an empire upon which the Sun does not never went to bed 100 years ago.

He had a beautiful contemporary counterpart in The Space Between the Stars by Ella Macens, a meditative reflection dedicated to his late grandfather.

“Think of the heavens and those who look down on us,” urged conductor and WACO founder Sam Parry.

The spiritual feeling matched the mood of the night; a teeming concert hall filled with family and friends who rock like a religious revival before, during and after each song.

Principal violin Jason Chong also shone in a silky solo as Macens made full use of the dynamic and tonal range until the bass’s last flourish and fade.

Soprano Eimear Foley was another gem, precisely singing Song to the Moon, by Rusalka de Dvorak (aka the Little Mermaid), with a sense of devotion too often absent.

Without the sincere latest cry, she would not have been moved to church.

The soft tones of the strings were well suited, tempered by the harp and blissful in the cadence.

A less secure start to the program in Strauss’s Also Sprach Zarathustra – think 2001: A Space Odyssey – had a bit of rust in the fanfare, but players have stabilized the right Enterprise ship for a Star Trek trilogy dating back to the pioneer years of flight. spatial.

Few people on stage would remember those days, but the kookie themes resonated nonetheless; in particular a beautiful euphonium solo by Oliver Stark, and a cameo by Foley as exhilarating as it is brief.

After the intermission, the West Coast Philharmonic Orchestra and Chorus gave way to the WA Wind Symphony for a contemporary repertoire from the Star Wars era.

Ludwig Goransson’s The Mandalorian featured a consort of recorders panting high in the choir stalls, with intense percussion injecting an almost tribal rhythm far, far removed from the other film scores on display.

The impetuous theater returned with The Imperial March, a crisp and precise intonation but less subtle in the dynamics.

The battle in the forest was reminiscent of the Ewoks and Star Troopers, with menace in the angular chords and jagged melody, and a few stratospheric soarings in the horns aptly illustrating the fate of the war.

Yoda’s theme restored the balance of the Force, cold tones of flute, horn and lower brass calming the fallout from the cosmic conflagration; a moment of expressive reflection before a dramatic entry to the main theme.

Finally, the music of the spheres by Phillip Glass – the melody of the show – was presented as a virtuoso piece that few could attempt.

The atmosphere stirred a wave through the group, triggering explosive percussions for a Big Bang effect.

Cooler clarinet and saxophone tones prevailed for The Lonely Planet, giving way to Asteroids and Shooting Stars before Music of the Spheres and Harmonia weaved a form counter-narrative amid the void.

Finally, The Unkown tested the acoustics of a room packed with galleries; and if the decibel load did not stun the audience, their own screams and cheers were sure to have, then the effect would be the same.