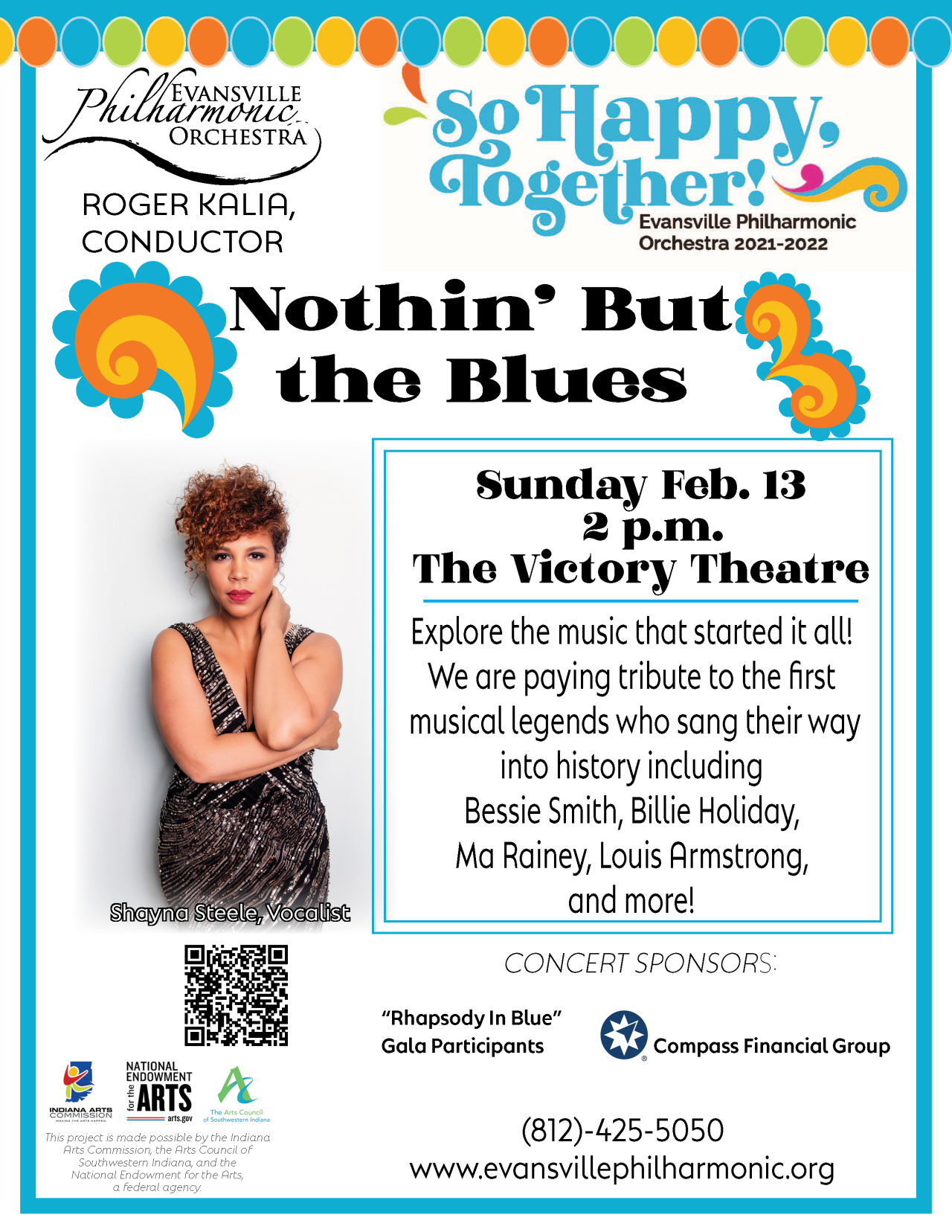 Victory Theater with “Nothin’ but the Blues”

EVANSVILLE, Ind (WEHT) – The Evansville Philharmonic Orchestra (EPO) performs “Nothin’ But The Blues” with vocalist Shayna Steele at the Victory Theater on February 13 at 2 p.m.

According to an EPO press release, this concert is a tribute to musical legends such as Bessie Smith, Billie Holiday, Ma Rainey and Louis Armstrong with songs like House of the Rising Sun, Nobody Knows When You’re Down and Out , Baby Will you please come home, and more.

“I never really felt ‘grounded’ until I moved to New York,” she says. “That’s when I really opened up to different genres of music.” Shayna is influenced by Ledisi, Rachelle Farrell, Stevie Wonder, Aretha Franklin, Chaka Khan and the Temptations.