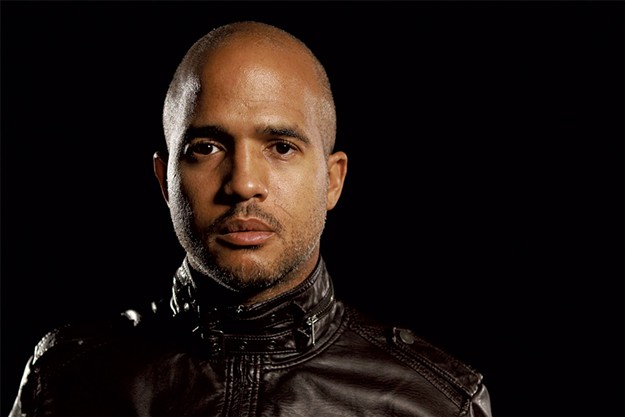 Black, Haitian-American musician-composer-activist Daniel Bernard Roumain, aka DBR, has composed a surprisingly democratic piece that will receive its world premiere in Vermont.

“Riots and Prayers,” co-commissioned by the Vermont Symphony Orchestra, the University of Vermont Lane Series and the Flynn, will be performed at the VSO’s season-opening concert at the Flynn Main Stage in Burlington on September 17. full orchestra and, at specified intervals, contributions from five Vermonters, who will express what they deem most pressing, in any way they choose.

Inspired by Vermont’s progressive history, the composer calls these intervals “town hall cadenzas” and the participants “speakers.” These can be visual artists, dancers, musicians, sign language artists and virtually anyone else. Speakers can also speak in any language, remain anonymous on the program if they wish, offer a pre-recorded video instead of a live performance – really, anything goes.

The work is “intended to reflect our highly conflicted, combative, and collaborative times,” according to a performance note from Roumain. He began composing it during a residency co-sponsored by the VSO, Lane Series and Flynn that consisted of five week-long visits to Burlington between October 2019 and May 2020.

In a recent email sent while traveling, Roumain added that “Riots and Prayers” is “looking for answers, trust and storytelling”, and he hopes the performance will be “a courageous musical experience, innovative and loving for an audience that reflects all of these things and more.”

The VSO asks those interested in participating to submit an online form on its website by September 2. artists, unemployed, students, retirees,” reads the appeal.

The form only asks for the general topic of the speaker’s concern, although applicants are asked to describe what they plan to do. The five chosen participants will attend a rehearsal the day before the concert, led by guest conductor Sarah Ioannides, who is auditioning for the musical direction of the VSO.

VSO Executive Director Elise Brunelle described the format of the City Hall cadenzas: “The orchestra pauses and a musician holds a note, and that’s when people have their piece. Then they are asked to finish and the orchestra continues.

“Anyone can say anything,” Brunelle added. “I don’t know if they’re going to start shouting swear words or singing something with 10 friends about the environment or police brutality or home healthcare workers. Do the band members want to stand up and say, ‘We’re tired of Bach’? Do graffiti artists want to say: ‘We are misunderstood’? And the Young Republicans?

Born in Skokie, Illinois, Roumain now lives in New York, Boston and Tempe, Arizona. During his first week of residence in Vermont in 2019, he played the violin for 24 hours straight in front of Burlington City Hall in collaboration with more than 100 local musicians and artists, who joined for concerts. 30 minute pre-arranged sessions. The work was called “24-Hour Protest Song”.

Roumain became Flynn’s Creative Chairman – a position created for him following his successful residency, which garnered much acclaim.

He earned a master’s degree in music and a doctorate in composition from the University of Michigan; he is now an associate professor in the School of Music, Dance and Theater at Arizona State University. He specializes in collaborative and cross-genre work and has joined forces with everyone from Philip Glass to Lady Gaga. His chamber opera “We Shall Not Be Moved”, choreographed by Bill T. Jones, incorporates both countertenor and spoken word poetry; “Falling Black Into the Sky”, a piece he composed for the Washington State University Symphonic Band, is inspired by artist James Turrell, whose work explores light, space and Perception.

Vermonters now have the opportunity to be the first to experience his latest creative leap and see themselves in it – literally.