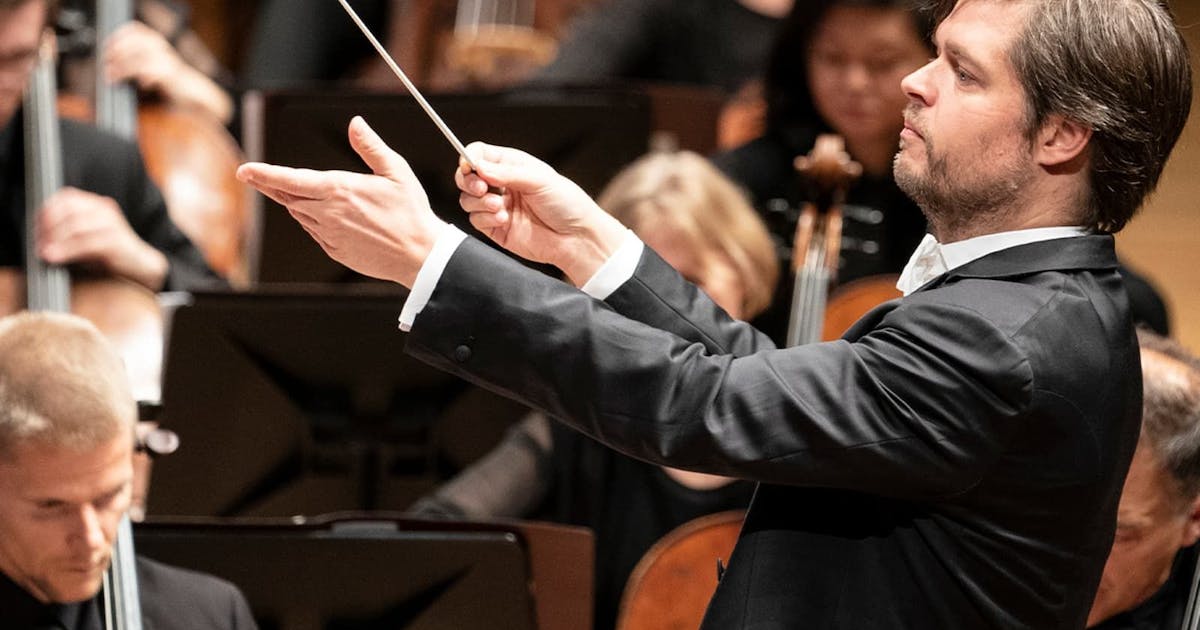 Under the direction of a guest conductor, the performance of Beethoven’s Ninth by the Minnesota Orchestra does not elicit joy

If there is a perfect time to experience the journey through the trials of triumph found in Beethoven’s music, this might be it. The collective trauma of COVID-19 continues, with Minnesota now one of America’s hotbeds of new diagnoses. Where to find joy?

Well, joy is on the program at this weekend’s Minnesota Orchestra concerts. More precisely, the “Ode to Joy” which concludes Beethoven’s symphonic swan song, the Ninth. You can’t be faulted for thinking that this is the booster shot your mind needs.

But I left Thursday morning at noon saddened, disappointed that the orchestra had missed the opportunity to deliver the healing touch that Beethoven’s Ninth Symphony can provide. Instead, it was a relatively punchless, oddly quirky Ninth, mostly devoid of that “just spark of Elysium” sung in the finale.

Not that the singing was not splendid. Although masked, the Minnesota choir was magnificent, and the four vocal soloists – soprano Melody Moore, mezzo Kelley O’Connor, tenor Sean Panikkar, and bass Mark S. Doss – beautifully intertwined their voices, especially on their last slow hauling section.

But guest conductor Juraj Valčuha sometimes chose to accelerate the tempos to speeds that I had never encountered with this work. Therefore, it seemed that the orchestra was having a hard time staying together.

This impression was amplified by some unusual accents in Valčuha’s unbalanced interpretation, such as when the interjections of the winds trampled the main theme in the strings. And pity on poor Panikkar, whose lonely solo was forced into overdrive by the conductor’s haste.

Rhythm doesn’t necessarily mean energy, and there was rarely as much of it as an inspiring performance of the Ninth demands. Fire and intensity were largely absent from the stormy opening movement, as was sharpness and, for lack of a better term, punch. And while the Adagio movement provided a nice respite from the storms that surrounded it, the orchestra’s beautiful wind solos seemed like enjoyable parts that never totaled a hefty sum.

I had high hopes for the performance after a precise and propulsive interpretation of the opening concert Sinfonietta No. 1 by the 20th century American composer Coleridge-Taylor Perkinson. It’s a job Valčuha clearly has a passion for, as he has requested on programs he has run elsewhere. He was flamboyant and demonstrative in conducting the orchestral strings, which responded with a thrilling performance that was sad and charming in its central slow movement.

When my concert mate later asked me to recommend a recording of Beethoven’s Ninth, I told him which one this orchestra and choir recorded with Vänskä in 2006.

Judging by the thrilling performance of the Fifth Symphony which opened the season in September, I know that something magical can still happen when Beethoven, Vänskä and this orchestra come together.

Can the orchestra also play the work of the composer when it adapts to the style of another conductor? May be. Indeed, they can sound great on Saturday night, offering some of that much-needed joy.

Expo 2020 Dubai: the performance of the all-female orchestra conducted by AR Rahman…