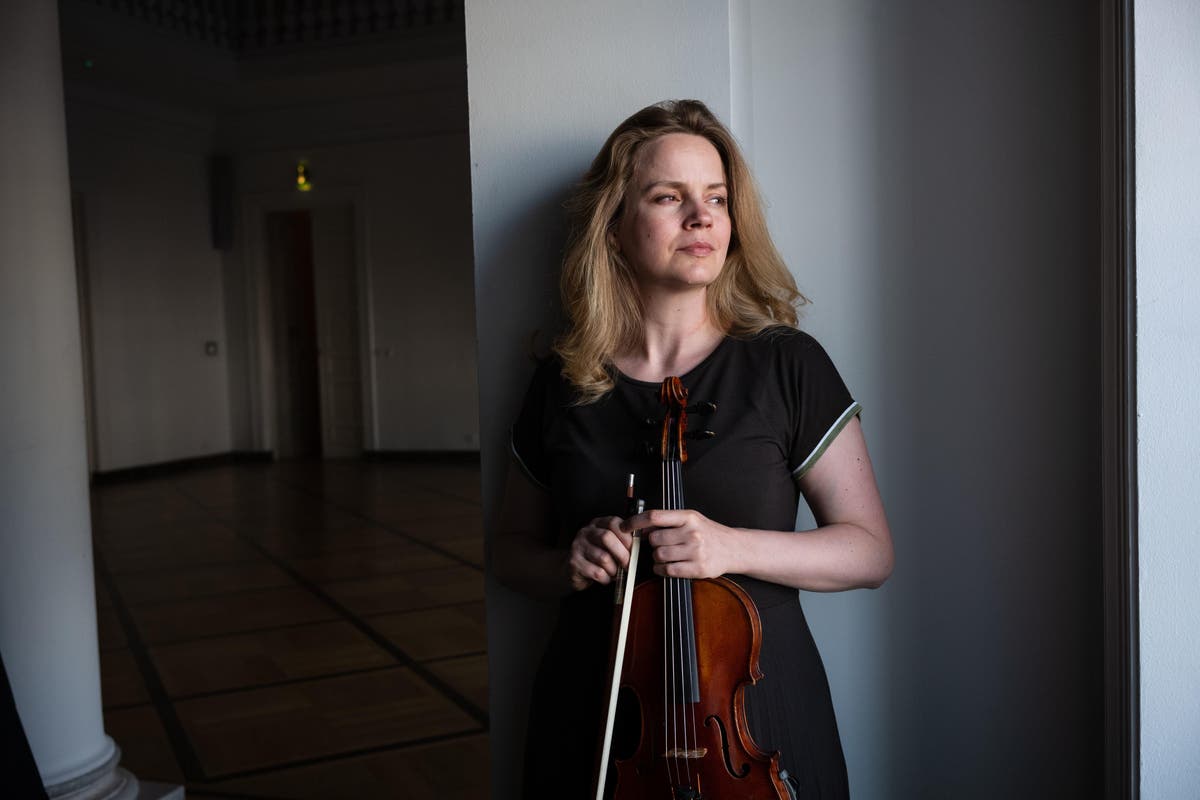 The Ukrainian Freedom Orchestra member said she believes ‘music and love are the things that will save this world’ as she encourages others to see that her home country is more than just a conflict.

Violinist Yulia Rubanova is one of 75 Ukrainian musicians who came together amid the Russian invasion of the country to bring a message of defiance and hope.

A new BBC documentary, Ukraine’s Musical Freedom Fighters With Clive Myrie, sees the presenter meet members of the orchestra and follow them from their practice in Ukraine to their first rehearsal as an orchestra in Warsaw for their inaugural concert in July.

The program sees Rubanova reunited with her parents in Vienna, Austria, after finally leaving their hometown of Mariupol where they remained for three months after the outbreak of war.

She explains that she did not know for two months if her parents were alive and that they survived by accident after escaping a missile attack.

The musician told the PA news agency that she immediately agreed to join the Ukrainian Freedom Orchestra when she was offered a place because she wanted to be “useful” for her home country.

“This summer we were all like cultural ambassadors, we could do something, we could be useful to our country,” she said.

The orchestra toured across Europe and America over the past summer, including a performance at the Royal Albert Hall for the BBC Proms.

Rubanova said: “We went to many countries around the world and everywhere we saw that the public supported us.

“We felt this amazing energy and it’s something that matters, empowering you to move on because you’re exhausted just hearing all the terrible news.

“It’s something we needed for ourselves as well.”

She added that even before they started playing at their gigs in London, New York and Washington, they received a standing ovation which caused a stir among many musicians at the solidarity demonstration.

Rubanova told PA that music has been an important element throughout her life as she grew up as a child of musicians, but it’s something she particularly leaned on in those days. difficult in the midst of the ongoing conflict.

“In these troubled times, music is really something that helps,” she said.

“I think music and love are the things that will save this world.”

The musician added that she hopes the orchestra will help show the rest of the world that Ukraine is not just about conflict.

She said: “We had to show the world that Ukraine has talented artists.

“As 30% of the orchestra’s musicians are already part of European orchestras, they are already recognized in Europe.

“And our message to the world was that Ukraine is not just about war, Ukraine has a lot to share, like composers and many talented professional musicians. Ukraine has a very developed cultural layer.

She added, “We also had to show the world that we exist and not let the world get tired of all the bad news.

“To show that we have a lot (to share) in the scientific fields, in the cultural fields.

Ukrainian Musical Freedom Fighters with Clive Myrie will air on September 24 at 7:35 p.m. on BBC Two and BBC iPlayer and on BBC Four on September 25.

The Ukrainian Freedom Orchestra’s performance at the BBC Proms will also be shown on BBC Four at 10pm on September 25 and available on iPlayer.