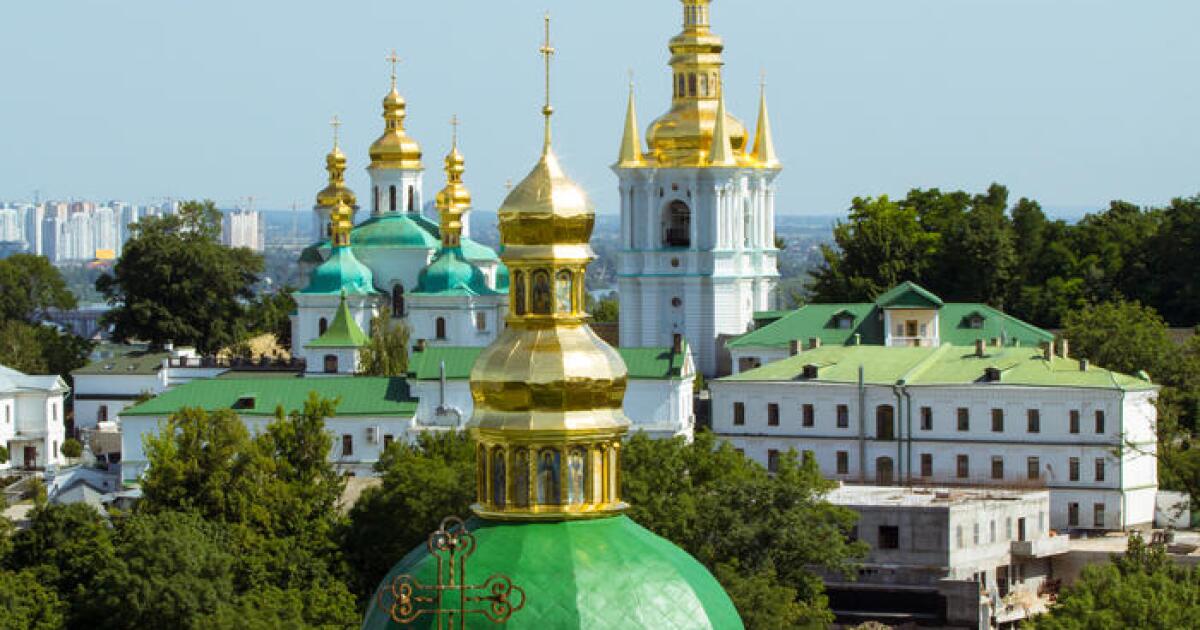 From the arts to business to politics, Americans are evaluating their relationship with Russia.

Green Day has canceled an upcoming concert in the country. Halls pull Russian liquor from the shelves. In Chicago, Mayor Lori Lightfoot has called for an end to the city’s “sister city” relationship with Moscow.

And here in central Illinois, the Peoria Symphony Orchestra is changing its April 23 concert schedule from “Russian Wonders” to “Unity with Ukraine.” Instead of performing two pieces by Russian composers, pianist James Giles will perform Beethoven’s Symphony No. 4 and Tchaikovsky’s Symphony No. 2.

In 2000, Stelluto made his debut as an international conductor in the Ukrainian capital of Kiev. Since then he has returned nearly a dozen times to conduct and has maintained close relationships with other conductors, as well as musicians.

He said watching the war from afar was heartbreaking.

“To basically have these memories, and all of these memories to be so happy and so wonderful, and now they’re just colored with, you know, the worry that I have,” he said.

Stelluto remains in close contact with friends in Ukraine. Recent news from a Ukrainian pianist was hard to hear.

“His wife’s mother lives in Chernihiv, which is one of the towns attacked. And two nights ago we were talking, and he said, ‘Do you remember the building that was in front of the concert hall, where we played?’ I said, ‘Yeah.’ He said, ‘Well, it’s not there anymore.'”

Scheduled well before the start of the Russian invasion last month, “Russian Wonders” was to include pieces by two Russian composers.

Stelluto said the new parts are much more appropriate for now.

Philosophical in nature, Beethoven’s Fourth Symphony inspires a message of unity in listeners. And while Tchaikovsky is considered one of Russia’s great composers, his father was actually of Ukrainian descent, and Ukrainian folk melodies are prevalent throughout his oeuvre.

In fact, Stelluto said the composer named Symphony No. 2, “Ukraine”. (Although it is commonly referred to as “Little Russia” by Russians.)

During his visits to Ukraine, Stelluto said he was always struck by Ukrainians’ passion for their music, despite attempts by generations of Soviet and Russian leaders to strip Ukraine of its history, language and culture. culture.

“The independence of this nation has also brought about a revival of their culture and their pride in their culture. … It’s not even just pride, it’s just a love for their country, for the nation that they have built,” he said. “I just hope it doesn’t go away.”

Stelluto recalled an evening he spent in Ukraine after performing a 2 hour concert. He was hanging out in his dressing room when suddenly the theater managed to enter the room and said to Stelluto, “Come on! Come on!”

The man led Stelluto back into the concert hall, where he was offered a third-row seat. And at 11 p.m., one of the region’s most renowned musicians, Latvian violinist Gidon Kremer, performed a surprise concert that lasted until after 1 a.m.

“Not a single person left this room,” Stelluto said. “It’s how much they appreciate their culture, their music. I’ll never forget that. … It gave me chills. It’s a very simple dedication.”

Ukrainian musicians are so dedicated to their craft that they often take three times as many gigs in the hope that they will be paid, Stelluto said.

“These musicians are not here to get rich, by any stretch of the imagination,” he said.

Although he is not Ukrainian himself, Selluto said the crisis was “hitting close to home”. He encouraged Peorians to attend the April 23 concert in solidarity with Ukrainians.

“They’re really hurting. And they’re really heroic,” he said. “We hope people will come to the concert and feel a spirit of support for them.”

The Lima Symphony Orchestra will give a family concert on Sunday