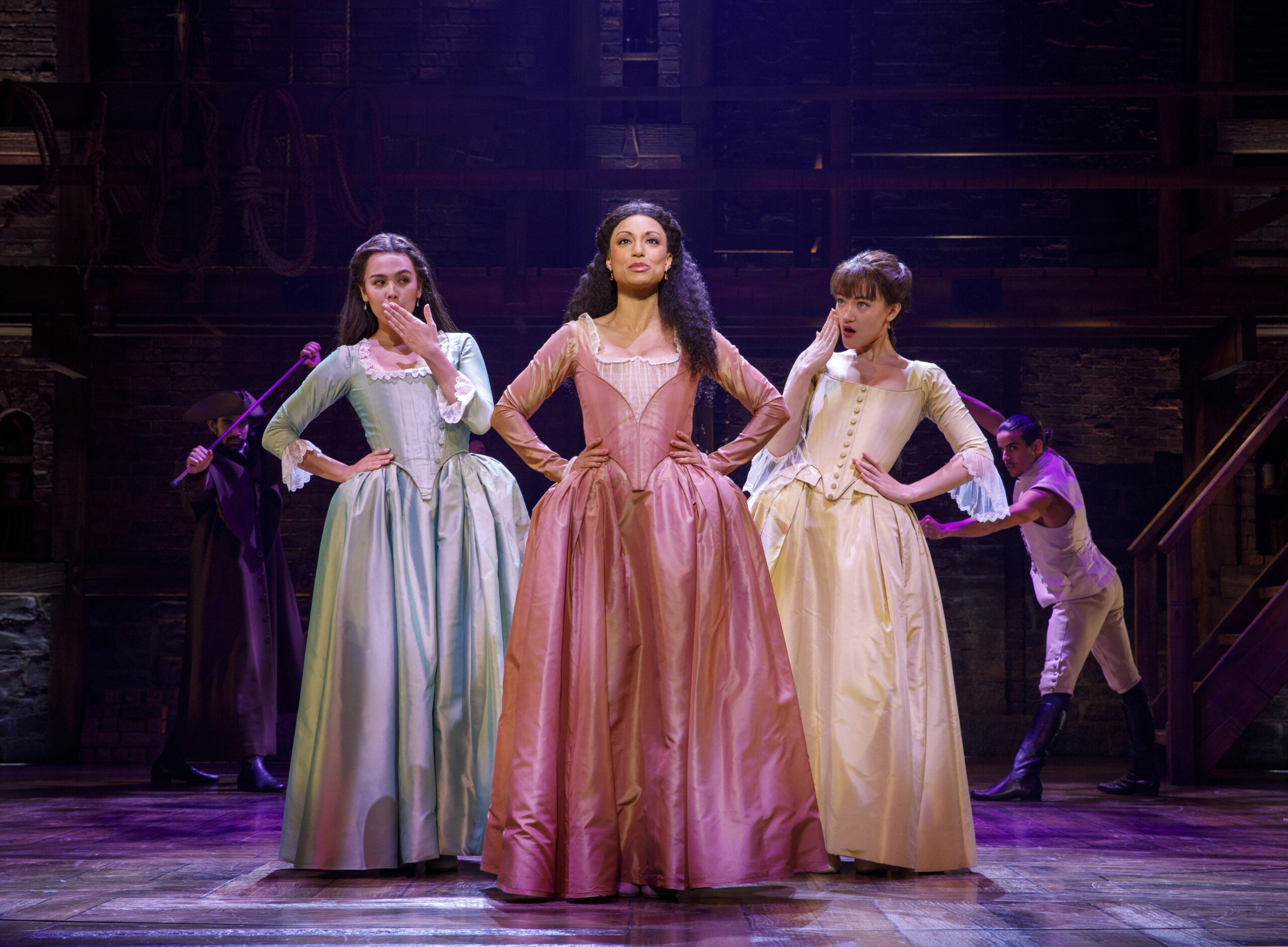 The Schuyler sisters on the nationwide tour of ‘Hamilton’ which continues its run at Bass Hall. (Courtesy picture)

In a press release, Theater Three announced that its production of Virgin Maytag, which would have opened this weekend, will be postponed due to a “production-related delay”. Audrey Cefaly’s show will now begin on February 5 and run until its original end date of February 20. T3 has not yet returned to its original stage at the Quadrangle due to construction work. For this service, Virgin Maytag will be presented at the Bryant Hall of the Kalita Humphreys Theatre.

From T3: Virgin Maytag follows Lizzy Nash, a teacher in Alabama, and her new neighbor, Jack Key, during the year following the tragic death of Lizzy’s husband. The piece explores the ideas of inertia and self-enlightenment, and the bridge between the two.

Save the Date for State of Mind Fundraiser by Second Thought

Second Thought Theater has announced details for this year’s State of Mind, an event that celebrates the company’s mission. Now in its eighth year, the fundraiser will also mark the first live version of it in two years after the event as a virtual version.

The event will take place on February 10 in the Design District at On the Levee.

“We are so happy to be back in person this year, both in theater and for State of Mind,” said Carol March, president of the 2022 event, in a press release. “Our generous patrons and donors have made it all possible, with their unwavering support for the unique theatrical experience that STT produces and their belief in providing theater professionals with fair work opportunities. Our State of Mind fundraiser is essential in providing the funds needed to grow and support STT and all the talented people who make the magic happen.

State of Mind 2022 will feature festive cocktails and food with a cabaret show performed by Terry D. Loftis. Justin Locklear will host and direct the live auction and Fund the Mission raffle. Proceeds from these will go directly to the theatre. STT artists will be present to visit with the guests.

Second Thought Theater will also announce details for its 2022 season.

“My intention with this season is to examine the disparity,” STT artistic director Carson McCain said in the release. “I am interested not only in the wealth and economic disparity that we have seen highlighted by the COVID pandemic, but also in how these gaps hold hands with racial and gender disparities. I hope each of these shows investigates and questions how we could all be complicit in perpetuating disparity on every level.

Sponsorship options for State of Mind 2022 can be purchased online at secondthinktheatre.com. Guests can also help fund the mission ahead of the event by visiting the website.

Lyric Stage announced Thursday that they will be celebrating Black History Month at the Majestic Theater with Ragtime in concert. The production will be directed by Feleceia Benton Wilson. The show will feature a 19-piece orchestra led by Sheilah Vaughn Walker with Vonda K. Bowling serving as assistant musical director. Kelly McCain will choreograph the show with the help of Ania Lyons.

From Lyric: Set in the unstable crucible of turn-of-the-century New York, Lyric Stage’s second production of the 28th season, Ragtime, weaves together three quintessentially American stories – that of a daring young African-American ragtime musician, a choke, a upper-class white woman and a determined Jewish immigrant father – united by their courage, their compassion and their faith in the promise of the future. Together they uncover the startling interconnections of the human heart and confront the timeless contradictions in history of wealth and poverty, freedom and prejudice, hope and despair, and what it means to live in America. .

Production for the concert will run from February 17-20 and ticket sales are now open. For more information, visit lyricsstage.org.

Dallas Theater Center: Our City | Nuestro Pueblo at the Kalita Humphreys Theatre, Thursday-February. 20. Pay what you can on February 3.

The Life and Music of George Michael, Saturday at the Majestic Theatre.

Broadway on bass: hamilton until February 4.

Fort Worth Opera: Zorro at the Rose Marine Theater with closing performances on Friday and Sunday.

Main stage: Anna in the tropics at the Irving Arts Center at the Dupree Theatre. Until February 5.

Victory Theater with “Nothin’ but the Blues”