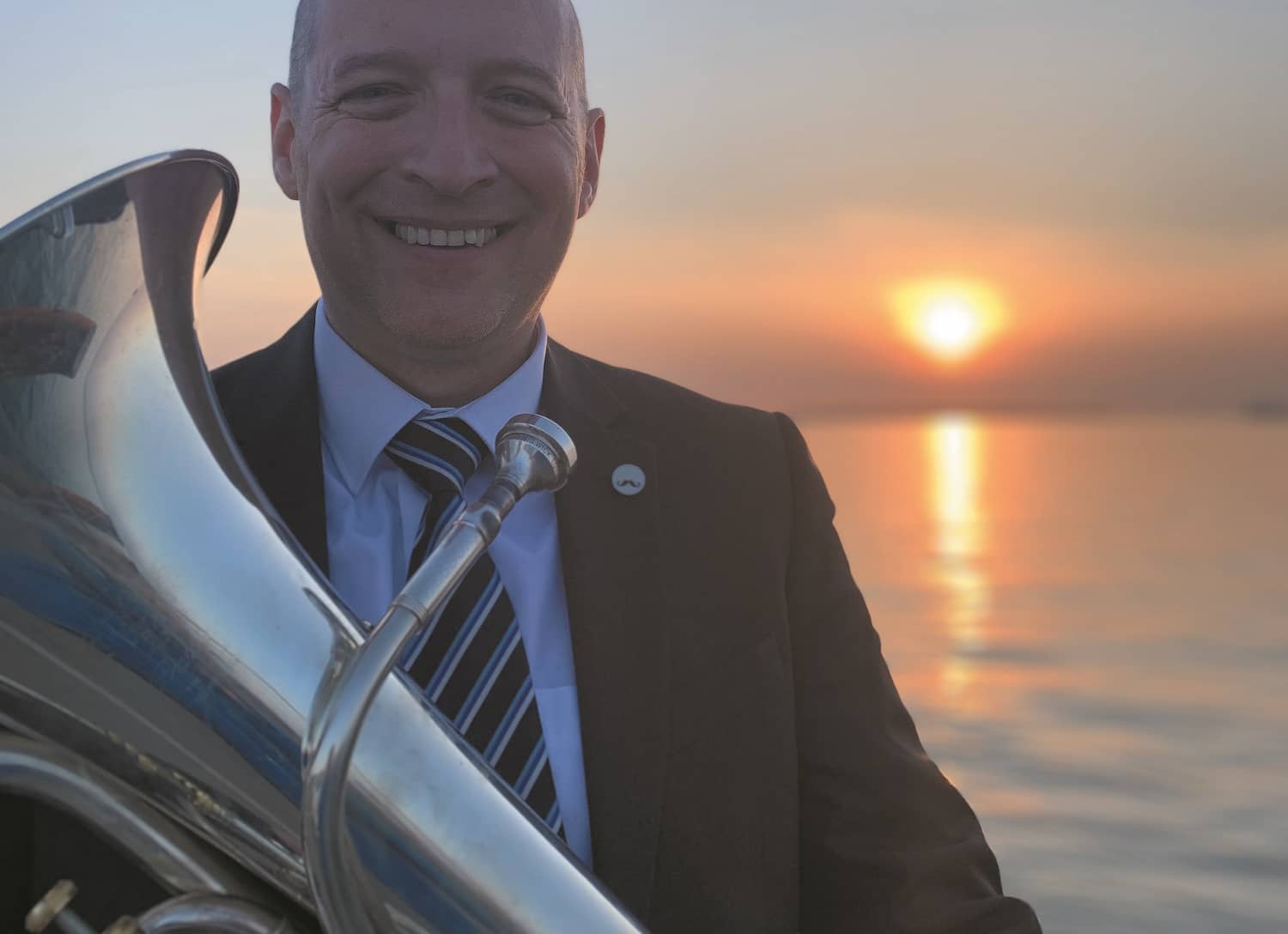 The Isle of Wight Symphony Orchestra concert on Saturday 9th July promises to be a fascinating evening of musical entertainment.

The varied program features local soloist Will Doyle in a world premiere, a sparkling new arrangement of Gordon Jacob’s Fantasia for Euphonium.

Euphonium a rare spectacle in an orchestral setting
Now working as Vice-Principal at Ryde Academy, Will began his musical training on the Isle of Wight, continuing his studies at the Royal Welsh College of Music and Drama and performing with the renowned Tredegar Band.

The versatile euphonium is a rare sight in an orchestral setting.

New version prepared by a member of the orchestra
Although the piece was originally written with harmony accompaniment, the new version was prepared by professional arranger and orchestra member Phillip Littlemore.

The colors of the set highlight the lyricism and agile dexterity possible on the euphonium. This is a very appealing work from a composer whose music deserves to be reassessed.

Program overflowing with orchestral favorites
The rest of the program is packed with orchestral pieces such as Bizet’s “Carmen”, Johann Strauss’s collection of waltzes “The Blue Danube” and Offenbach’s brilliant overture to “Orpheus in the Underworld”.

After a series of successful concerts, the orchestra would like to thank the large audience that returned over the past year.

Book your tickets
The evening begins at 7:15 p.m. and the orchestra is delighted to support Ability Dogs for Young People at all of its concerts this season.

Wightlink’s sponsorship is invaluable in helping the orchestra maintain the high quality of its concerts year after year.

Steam Railway Concert
There is another opportunity to hear the orchestra once more this summer, when we play Steam Railway, Havenstreet on Saturday July 30, from 3pm.

The event will feature popular classics, including John Williams’ glorious theme for jurassic park and Leonard Bernstein West Side Storybefore ending with a vibrant tribute to the The last night of the balls.

News shared by Gareth on behalf of the Isle of Wight Symphony Orchestra. Ed