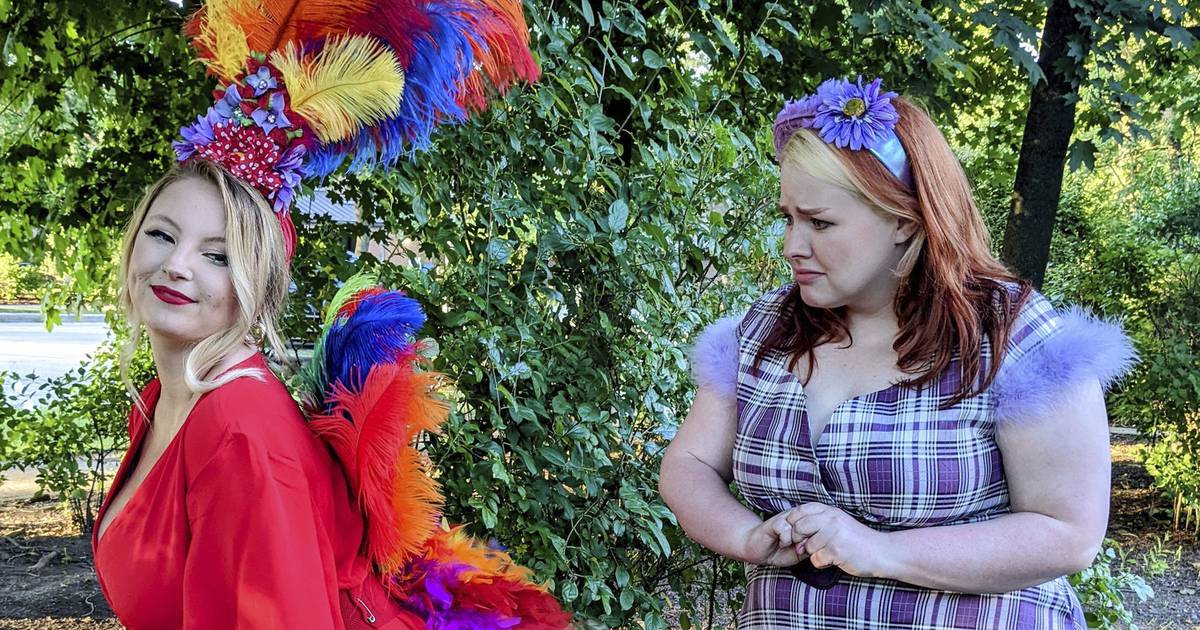 Highland Park’s Uptown Music Theater is bringing much-needed levity and laughter to its town with its production of “Seussical” from September 2-11 at the Northwood Theatre.

“As this production is set in Highland Park, I hope it can help bring the community together after the horrific tragedy that happened on the 4th of July,” said actor Christopher Finch, who plays The Cat. in the Hat.

“This show touches the child in you and the adult in you,” said director Debra Goldman of Highland Park.

Goldman was a fan of the Dr. Seuss books as a child, “and then I read the stories to my kids, the ‘Sleep Book’ being our favorite,” she said.

As for the characters on the show, “I kinda like Horton,” Goldman admitted. “I’ve been a big fan of elephants.”

Her love for the character goes beyond that, however, to the character’s personality. “We know the guy who really strives to always do the right thing,” she explained. “He’s not the guy who’s the most popular. He’s the guy we all try to be. We try to be the best people possible.

Horton has another admirer, Gertrude McFuzz, played by Sydney Hendrix. “She’s in love with Horton and Horton doesn’t see her,” Goldman noted.

Kirby, who will be moving from Wisconsin to Glenview in a few weeks, was also a fan of Dr. Seuss stories, especially those about the Lorax.

He said he wanted to play Horton because “I felt like this role might give me the opportunity to show a more sentimental side of my acting. He’s so committed to his ideology of caring for everyone and making sure everyone’s voice is heard. But sometimes his loyalty to himself and others can be taken advantage of. Although he is such a fun and loving character, he is also very sincere.

Goldman also praised the cat in the hat. “We wish we could do what he does.” Finch can take on many roles in this part.

“He has everything,” she said of Finch. “Chris has the vocal chops but he also has the creativity.”

Libertyville resident Dr. Seuss’ favorite story, Finch, was the one others had to complete, “Hooray for Diffendoofer Day.”

“He tells stories about different teachers,” explained Finch, who is assistant superintendent for teaching and learning at La Grange.

Finch actually performed The Cat in the Hat 15 years ago at CenterStage in Lake Forest.

“He’s mischievous and sneaky,” Finch said. “He likes to cause a little trouble.”

The cat serves as the narrator but also juggles other roles in the various stories.

“The Cat in the Hat comes across as all kinds of different characters,” Finch said.

The director spoke about the qualities of another character. “JoJo is this little girl who wants to be heard, wants to be seen. She is creative,” the director said. Elin Seiler plays this role.

“These characters are real,” Goldman said. “I think that’s why they’ve stood the test of time.”

“We put a lot of heart and soul into the characters,” Kirby added. “We try to give them a lot more realism.”

“Over 100 people auditioned,” Goldman said. “I tend to have very good people. I’m very lucky. But he’s the best I’ve ever worked with.

Myrna Petlicki is a freelance journalist for Pioneer Press.