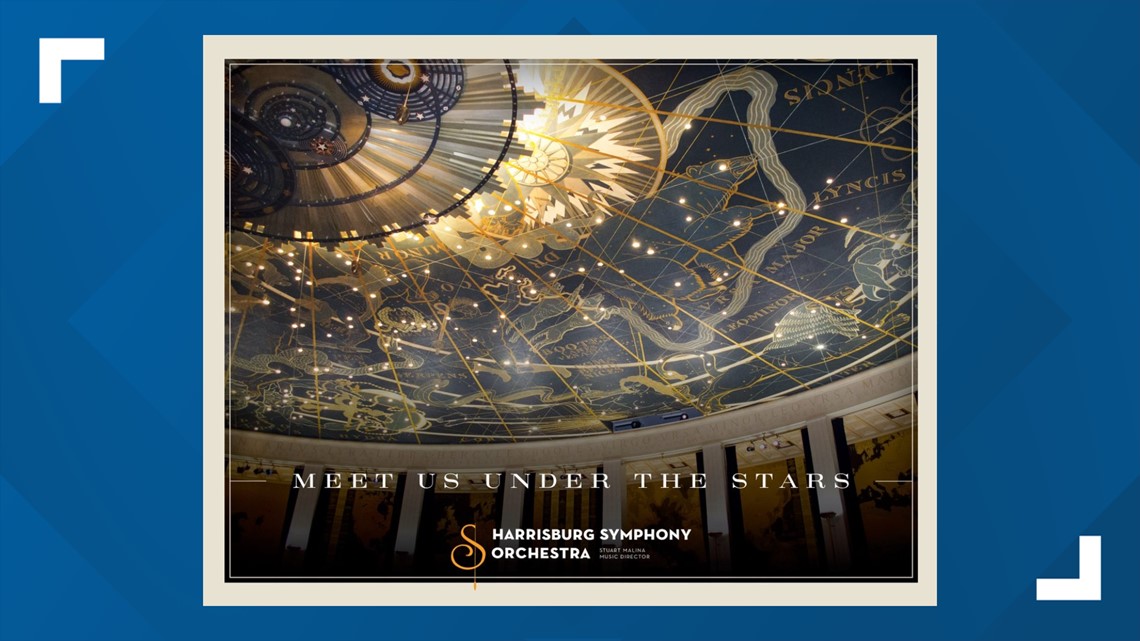 The Harrisburg Symphony Orchestra returns to the Forum

The theme of the season was announced in the spring: “Meet us under the stars”, which refers to the decorative ceiling of the Forum composed of constellations and zodiac stars.

HARRISBURG, Pa. — The Harrisburg Symphony Orchestra announced Tuesday that for its 2022-2023 season it will return to Forum Auditorium.

Matthew Herren, the orchestra’s executive director, thanked the Scottish Rite Theater for hosting the orchestra while the Forum underwent renovations in March.

The theme of the season was also announced in the spring: “Meet us under the stars”, which refers to the Forum’s decorative ceiling made up of zodiac constellations and more than 1,000 stars.

The orchestra’s next season will open the weekend of October 1-2 and will feature Don Juan by Richard Strauss, William Grant Still Poem for orchestraand Brahms’ First Symphony, according to a press release.

“Our 2022-2023 season at the majestic Forum Auditorium promises to be a joyful reunion filled with some of the most beautiful and exciting music ever written,” Herren said in a statement. performances with world-renowned guest artists and our own extraordinary musicians from the Harrisburg Symphony Orchestra. Nothing compares to the thrill of being there in person.

“The upcoming season is packed with variety that will stretch your ears and touch your heart,” HSO Music Director and Maestro Stuart Malina said in his statement. “From classic favorites to works by living composers and more artists of color than ever before, there really is something for everyone. We can’t wait to share it in person.”

The orchestra also announced on Tuesday that on November 5 and 6, it will open its Capital Blue Cross Pops concert series, paying tribute to Ella Fitzgerald, Sarah Vaughan, Billie Holiday, Judy Garland and other jazz stars. Capathia Jenkins and Aisha de Haas will star in the series.

The Forum Auditorium is located at 500 Walnut Street in Harrisburg.

Single tickets start at $20 per person and go on sale September 10. Season passes are also available.

For more information on the orchestra and its upcoming season, click here.