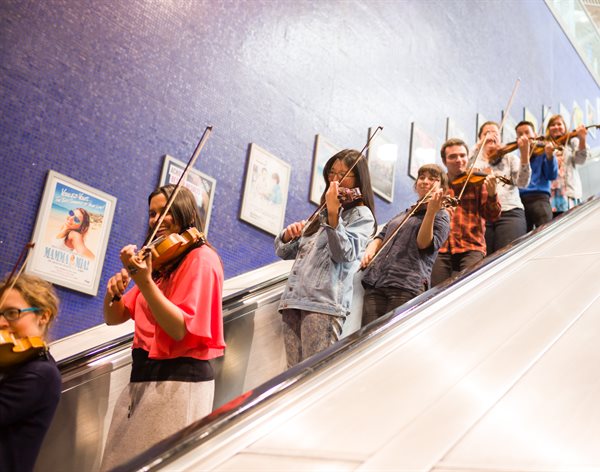 The campus will host a unique street orchestra performance

London Street Orchestra (SOL) will perform in front of prisoners, the sick, the elderly and students and staff of De Montfort Leicester University (DMU) after partnering with Square Mile and community partners #DMUlocal, to deliver a series of pop performances -up captivating through the city.

Taking place over a single day, the SOL tour will take them on a trip to HM Prison Leicester, Leicester Hospitals Oncology Center at Leicester Royal Infirmary (LRI), the city center and the Chapel of Wyggeston Learning for the Fourth Age Hospital as well as an hour of performance on the DMU campus.

The Orchestra, which performs around six to seven times a day and takes less than five minutes to set up, will descend on the city with some of the UK’s best young orchestral musicians on Friday 14 July.

And the good news is, it’s completely free for everyone.

Based on the belief that every human being has the same right to enjoy quality live music, SOL’s performance series aims to provide truly unique musical experiences to passers-by in an informal setting.

SOL is conducted by talented Dutch violist Gijs Kramers, who joined the DMU Orchestra in January to perform at HM Prison Leicester, playing and arranging pieces from Oasis, Queen and Guns n ‘Roses.

Gijs said: â€œFor me coming to Leicester with SOL is great, because I’ve been playing here with the Philharmonia for over 10 years, but it’s really exciting to finally reach other audiences.

â€œDon’t get me wrong, there is nothing wrong with the people who come to Philharmonia concerts and it’s great that the orchestra has such a large audience.

“However, there are so many people in Leicester who don’t come to these performances that I think it’s very important that we play as well.” 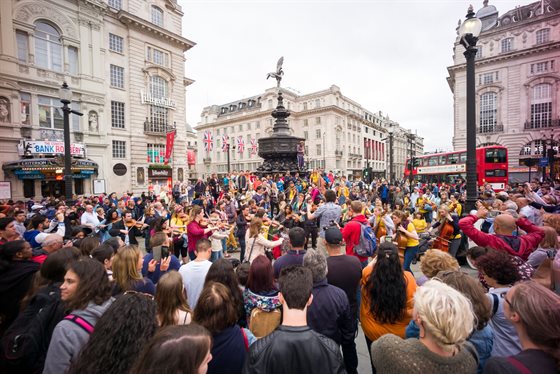 The question isâ€¦ what kind of music should we expect from this unique orchestra? â€œWe are currently finalizing our repertoire list, which will include around twenty pieces of music, ranging from baroque to contemporary, and from jazz to pop and world music.

â€œClassical pieces will include Dvorak’s New World Symphony and Bizet’s Carmen overture as well as Dixieland and salsa.

“We also have the amazing singer Jean-Paul Samputu from Rwanda with us performing some very funky African songs.”

All of SOL’s musicians are young professionals who are at the start of their careers and the tours give these emerging musicians a broad view of the modern cultural landscape.

LRI Oncology Center is just one of DMU’s community partners putting on a show for this unique one-day event.

Giuseppe Garcea, Clinical Director of Cancer, Palliative Care, Hematology, Urology, Gastroenterology and Gastrointestinal Surgery at Leicester’s Hospitals, said: â€œWe are delighted to have the visit of the Leicester Royal Infirmary of the Street Orchestra of London.

â€œWe believe it will put a smile on the faces of our patients, their families and caregivers as well as our staff.

â€œVisiting a hospital can often be a daunting experience and therefore having the orchestra here will help put our patients at ease and we really look forward to the visit. “

DMU Orchestra hit the right note at the birthday party

The DMU campus will host SOL at 12:45 pm the same day, outside the Vijay Patel building before heading downtown to perform at Jubilee Square and Market Square.

DMU is proud of its community work and contribution to the public good and DMU Square Mile has worked closely in recent months with SOL to organize venues and organizations to host the special performances.

Chris Heighton, Head of Music at DMU, â€‹â€‹said: â€œOrchestral music should ring out everywhere and everyone should be able to come in contact with it, a mission which is at the very heart of the DMU Orchestra and the Street Orchestra of London. .

“We have been planning to bring SOL to Leicester for quite some time now and in collaboration with a number of partners DMU Square Mile and #DMULocal, we have created a program of six unique performances across the city, bringing in orchestral music” live â€to the Leicester communities. 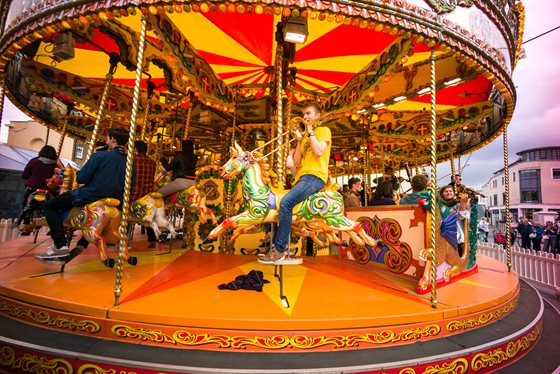 Conductor, Gijs was previously principal co-viola of the Netherlands Ballet Orchestra before joining London’s Philharmonia Orchestra where he currently performs.

In addition to playing the viola and conducting, Gijs teaches viola and chamber music at the Codarts Conservatory in Rotterdam.

He said: â€œSOL aims to break down barriers with the belief that symphonic music should be available anywhere and everywhere so that everyone can enjoy it.

â€œA musical performance by SOL is a fundamentally different experience than any other orchestra.

“He performs up close and frequently incorporates direct interaction with his audience, which is one of the key elements of the performance.”