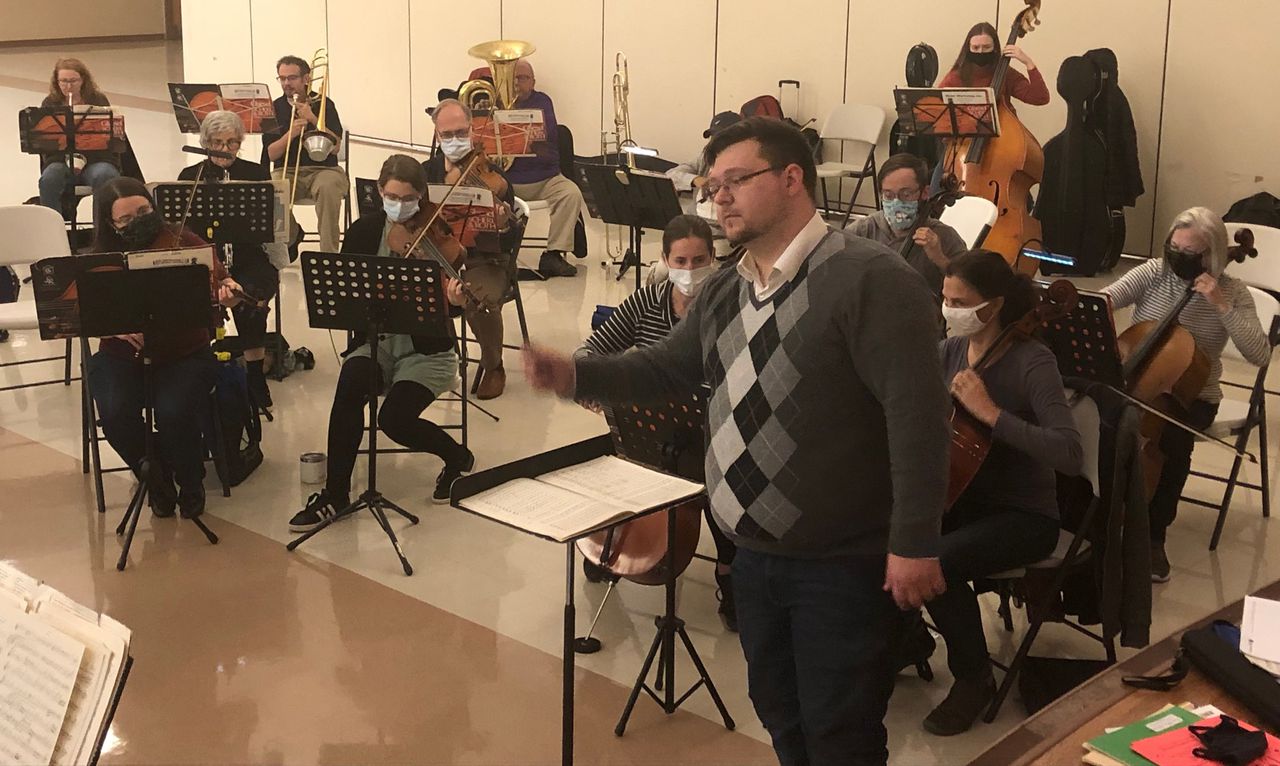 Founded in North Olmsted in 1963, Symphony West will perform their holiday concert, “Celebrating Together,” at 7:30 pm on December 10 at the Keller Center at St. Adalbert Church.

Due to the pandemic, the group has not performed together for two years. Rehearsals at the Keller Center began after COVID-19 restrictions were relaxed.

â€œWe are a completely volunteer orchestra,â€ said Sherry Guerra, a former resident of Berea who recently moved to Elyria. Guerra, who has a music degree from Baldwin Wallace University, plays the cello.

She said the orchestra gave her the opportunity to perform because “I never really got a chance to use my music degree.”

Ruth Lange, president of the orchestra board, said the performers are a mix of professionals, non-professionals and “learners”.

â€œWe do this because we love music,â€ said Lange, who plays the flute. She lives in Strongsville.

The orchestra partners with the North Pointe Ballet for â€œDance of the Sugar Plum Fairiesâ€ and â€œWaltz of Flowersâ€, as well as other Nutcracker selections.

North Pointe Ballet is part of the community music program at Baldwin Wallace University based in Helwig Whistlestop. It is also a mixture of professional dancers and students.

Polgar said the ballet will perform on the Keller Center stage, while the orchestra will be seated directly below.

Symphony West is conducted by first-year conductor Jacob Campbell, a graduate of Jacksonville University in Florida and Cleveland State University. As a violinist and violist, he has performed with the Cleveland Philharmonic Orchestra, the Firelands Symphony Orchestra and the Venice Symphony.

The artists have made their home in dozens of area suburbs, from Berea and Brook Park to Sheffield Lake and Fairlawn. A list of members shows that the musicians come from 24 different communities.

Catch the full production of The Nutcracker by the North Pointe Ballet December 3-5 at the Lorain Palace Theater and December 17-19 at the Near West Theater. For timetables and tickets, go to www.northpointeballet.org.

Tickets for the Symphony West Orchestra are $ 10 for adults and seniors, and $ 5 for college and high school students. There is no charge for students of eighth grade or less.

For tickets, go to www.symphonywest.org. Tickets will also be available at the door.

The Keller Center is located at 66 Adalbert Street. It is wheelchair accessible.

Concerts are also planned in March and May.