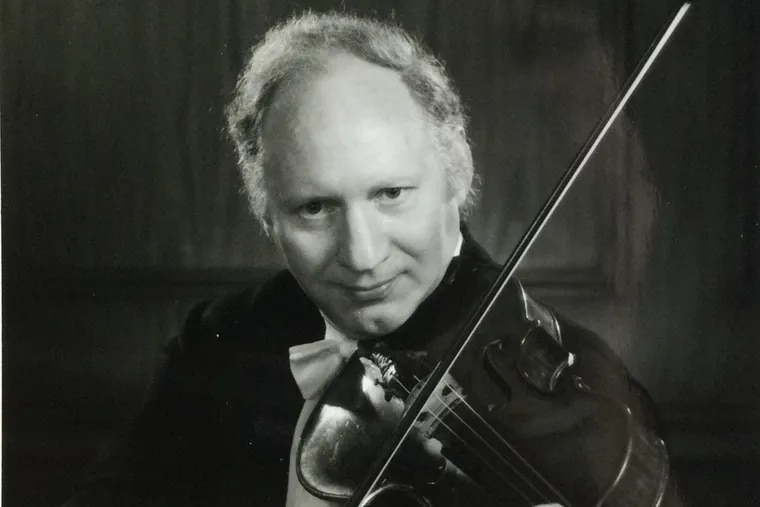 Known for his “talkative alto” and “contagious love for music,” Mr. Curtiss performed with conductors Eugene Ormandy, Riccardo Muti, and Wolfgang Sawallisch, and the rest of the famed Philadelphia Orchestra for 42 years, including 13 as Deputy Principal Viola.

Although he sometimes played in front of just 400 people, his solo performances in smaller venues in South Jersey held special meaning for Mr. Curtiss. “It’s not like going into the orchestra and playing Beethoven or Brahms,” he told The Inquirer in 1990. “It’s gratifying for me to play a solo because I rarely do.”

In music reviews for The Inquirer, Peter Dobrin said in 1991 that Mr. Curtiss’ viola was “individually impressive” in Dvorak’s Quintet in A major, and Lesley Valdes said that a rendition of the Concerto in G minor by Vivaldi “was still animated by the chatter of Sidney Curtiss. alto.”

Inquirer music critic Daniel Webster said in 1993 that “violist Sidney Curtiss set the mood and tone of the work in the florid solo” in a rendition of Romanian Rhapsody No. Enesco.

Mr. Curtiss was a popular faculty member for four decades at Settlement, focusing on advanced study string quartets, and became a sought-after chamber music coach after his retirement from the orchestra in 2002. He won the 2009 Sol Schoenbach Award for Outstanding Service. in Settlement, won coaching honors at national chamber music competitions, and his students went on to play for orchestras in Philadelphia, Detroit, Houston, Toronto, Pittsburgh, and elsewhere.

He has also coached chamber music for the Center for Gifted Young Musicians at Temple University and other schools.

“I can still hear him pleading with me to rock every note, listen to my colleagues, prepare better, and stop rushing me,” said Kerri Ryan, former Settlement student and member of the Philadelphia Orchestra. , now a coach at Settlement. tribute.

Other Settlement colleagues said in a tribute, “Sid’s musical impact will continue to resonate in our recital halls and in our chamber music studios.”

In 1995, during one of his many visits to local high schools, Mr. Curtiss and other musicians met the Washington Township High School Orchestra, and he told The Inquirer why he embraced such educational sessions. . “It’s the kind of lesson that’s usually only available at the best conservatories,” he said. “It’s important to have another approach so you don’t get caught up in the habits of a teacher.”

Born March 23, 1931 in the Bronx, Mr. Curtiss studied violin and viola at the High School of Music and Art in New York and later worked with Leonard Mogill at the Philadelphia Conservatory of Music, now the College of Performing Arts from the University of the Arts. He was drafted into the army in 1950, served until 1954, and played bass drum in the military band because violas weren’t needed.

He met bassoonist Shirley Vineyard through musician friends, and they married in 1962. Together they taught at Settlement and lived on Spruce Street in Center City until his death in 2019. Over For years, they’ve traveled the world, thrown memorable parties, served delicious dinners, and shared their eclectic lifestyle with family and friends.

Beth Rusk, Mr. Curtiss’ niece, called them his “exotic” parents. “They created a wonderful world of music, theater and history,” she said.

Mr. Curtiss adored his Airedale Terriers, often played chess, and enjoyed fishing and boating on Lake Luzerne in New York. He was a wine connoisseur, and his mouth-watering beef stew, salmon mousse and tarte tatin were legendary. He moved to the Quadrangle in Haverford after his wife’s death.

Robyn Bollinger, a former student of Mr Curtiss at Settlement and concertmaster of the Detroit Symphony Orchestra, said: ‘He was my pseudo-grandfather, a brilliant conductor, a beautiful musician, a passionate teacher, a cheerleader. – emotional cheerleader, an ardent dog lover and a great friend to so many people.

“He was,” said his cousin, Steven Bosan, “a wonderful guy.”

In addition to his cousin and niece, Mr. Curtiss is survived by other relatives. A sister died earlier.

A musical celebration of the lives of Sid and Shirley Curtiss is scheduled for 5 p.m., Nov. 27, at the Mary Louise Curtis Branch of Settlement Music School, 416 Queen St., Philadelphia, PA 19147. A reception will follow.

Donations in their name can be made to school of music of the establishment, PO Box 63966, Philadelphia, Pennsylvania 19147.