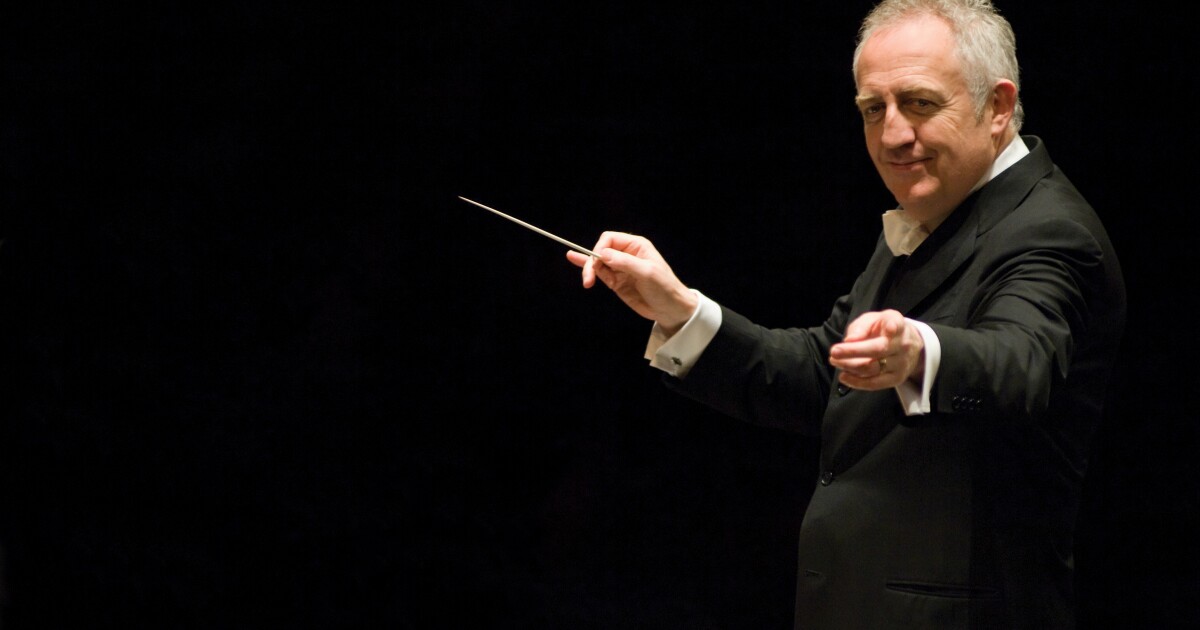 British-born conductor Bramwell Tovey, who conducted the Vancouver Symphony Orchestra for 18 years before being named music director of the Sarasota Orchestra last year, has died of cancer.

The Sarasota Orchestra announced the death of Tovey on Wednesday at his home in Barrington, RI, two days after his 69th birthday.

Tovey was diagnosed with a rare form of sarcoma in May 2019 and after undergoing surgery in June 2021 he was briefly cancer free.

But in January of this year, scans confirmed a reappearance.

“There was immediate chemistry between Maestro Tovey and our orchestra,” said Joseph McKenna, president and CEO of Sarasota Orchestra, in a press release. “We shared with him the anticipation of a long partnership. Like so many others, all of us at the Sarasota Orchestra feel the immense loss of a great friend and sincere collaborator. go to his family during this most difficult hour.”

“He was really nice,” Gant said. “With that kind of personality, he very quickly established a relationship with the Sarasota Orchestra and it’s so important between a musical director and musicians to have that kind of relationship and I was so excited to see what waiting for us and now this tragic and sudden news. It’s hard to take.”

Prior to conducting the Vancouver Symphony Orchestra, Tovey conducted orchestras such as the BBC Concert Orchestra, the Los Angeles Philharmonic and the Rhode Island Philharmonic.

His last appearance with the orchestra was at the season finale in April.

“The musical world has lost a real treasure,” said Tom Ryan, Chairman of the Sarasota Orchestra Board of Trustees.