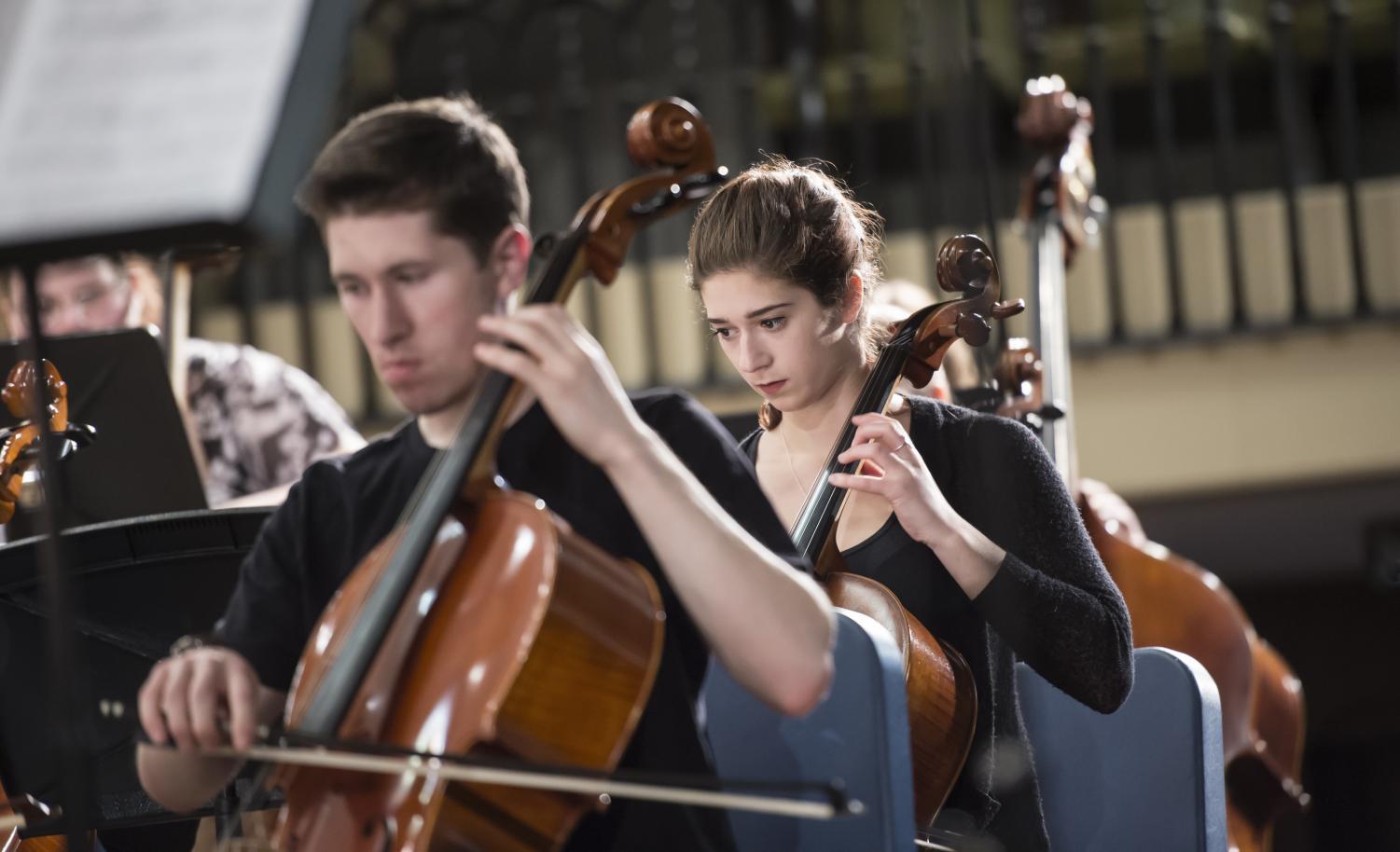 Pitt Symphony Orchestra returns to in-person concerts for the holidays

The Pitt Symphony Orchestra has performed digitally since the start of the COVID-19 pandemic, but this semester they are finally returning to in-person performances and practices.

The orchestra is made up of 50 students, most of whom are not music majors, and is conducted by Roger Zahab. The band’s first in-person concert was scheduled to take place on Wednesday evening, but was canceled due to flooding at Bellefield Hall. Their next performance will take place on December 8.

Zahab has been conductor since 1993. Eric Moe – co-director of Music on the edge, another ensemble group Pitt – hired him, initially thinking it would be a temporary position.

Zahab said he would be happy to lead the orchestra. Zahab’s performance impressed Don Franklin, then president of the music department, who asked him to stay.

“The then president greeted me and told me that you were only here for a year because we are going to get rid of it,” said Zahab, the current president of the music department. “At the end of that first year, Don Franklin came to me and said, ‘Unfortunately you’ve done too good a job, we can’t get rid of you now. “

Cullyn Murphy, the orchestra’s assistant conductor, has taken a sort of retrograde approach to the orchestra. He never played in an orchestra and gained the majority of his musical experience through theater. He said Zahab had helped him tremendously in his new position.

“Prior to this semester, I had really taken a three-year break from conducting, coming back was really intimidating,” Murphy said. “I am truly grateful for Roger’s encouragement, instructions and comments to welcome me back to this space.”

Miranda Sousa, a graduate music student, has been performing in orchestras for about 10 years. She plays the double bass and was assistant conductor before Murphy.

“I have been playing in orchestras for 10 years, so it was only natural to continue here in the Symphony Orchestra. Right now I’m playing the double bass in the orchestra, but I was assistant conductor for two years, I was Roger’s assistant for two years, that’s what Cullyn is doing now.

COVID-19 has deeply affected the orchestra, according to Zahab. He said orchestras have many social components, which were difficult to replicate during the height of the pandemic.

“The social side is no less important than the artistic side,” Zahab said. “It’s a chance for our players to give up their schedule and just pull out their instrument and play some music and see their friends, and off we go.”

Murphy welcomed the return to practice in person with open arms and said he was already excited to see how the musicians interact with each other.

“Two people in the orchestra could never talk to each other, but as the semester goes on I can see how they learn from each other through the way they play,” said Murphy.

COVID-19 has also had an impact on the musical capacity of the orchestra. In order to organize concerts during the pandemic, each instrument recorded its part individually, then Zahab spliced ​​them together in order to make the music work.

Zahab said it was very stressful as he went through the whole pandemic working on each person’s recorded works – but he also found this as a way to learn something new.

“I worked what seemed like 70 hour work weeks, it was really a nightmare, but it was fascinating to learn,” Zahab said.

Sousa said she believes the pandemic has highlighted the importance of being a community. Since they have been physically separated for so long, it became more important when they got back together emotionally.

“It showed that we are lucky to have the opportunity to make music with other people when we are together,” Sousa said.

Now that the symphony is back in person, the band rehearse Wednesdays at Bellefield Hall. The group has five rehearsals between concerts.

“He’s always ready a day before he has to be ready, instead of the day of. Our last rehearsal could have been our gig, and that would have been amazing, ”said Murphy.

And it’s not just about the audience either. The orchestra’s music also affects its own musicians, according to Zahab.

“At the start of the rehearsal there is a lack of concentration that they did not enter this new space, but within half an hour,” Zahab said. “The consumption is phenomenal, and when people leave they are exhausted, but they seem so relaxed, so happy.”

The orchestra itself has a diverse selection of musical choices. He plays everything from Nepomuceno, Brahms and Beethoven – as well as more modern classical pieces.

Zahab said he thinks almost anyone can be a musician. He said even the audience is a musician in a way.

“If someone plays music and loves it, you are a musician, you could be a musician if you just listen intently with devotion and interest,” Zahab said.

Murphy said he can’t wait to see the orchestra play different pieces at their next concert and show off their collaborative spirit.

“This program is a wonderfully thought-out piece of music. It will be very diverse and show that the orchestra is both a community of individuals and a cohesive community, ”said Murphy. “Breathe life together and tear it to shreds over and over again and date a completely new being. “

Soprano Laquita Mitchell to perform with the Princeton Symphony Orchestra at Holiday POPS! Concert on December 14