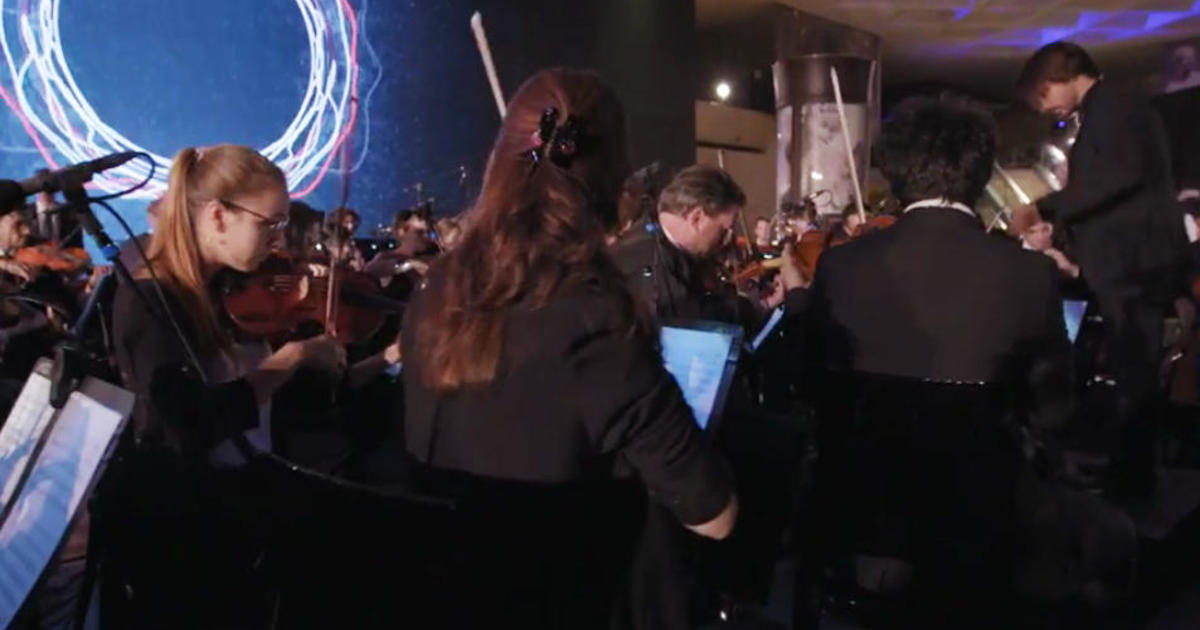 You wouldn’t think articles on business and technology topics would make the best music, but believe it or not, they’ve been used by a artificial intelligence system and human composers to create an original symphony.

It sounds like science fiction, but last week inside the The pyramid of Louvre in Paris, an orchestra of 50 musicians performed “Symphonologie”, a “symphonic experience” by Accent Strategy, a business and technology consulting firm. The project aims to shed light on the concrete uses of this type of artificial intelligence and its large potential.

“We initially talked about what might be a way for us to attract our clients and others into the business world? What would grab their attention? We wanted to show what is happening with digital and technology, and we thought of metaphors that cross cultures. What languages ​​cross cultures? What is universal? We realized that music runs straight through the list – there are so many different cultures and languages ​​spoken in the world and we quickly moved on to music as something that transcends culture, ”Mark Knickrehm told CBS News, Managing Director of the Accenture Strategy group. “The big question was how to make music in the digital space using technology and artificial intelligence? It was quite creative to take it from there. Words have real meaning and they can make music.

How was the orchestral work created? The end product was a unique combination of human and machine contributions.

First, Hannah Davis, a creative technologist and musician, used her artificial intelligence program TransProse to collate and analyze articles on business and technology – enough articles to fill a 600-page book. The program identified “emotionally charged words” in these texts.

Then these words were categorized into eight different feelings, representing distinct emotions. The data in each category has been transferred to a corresponding musical element – think pitch, notes or keys, for example. The results were digitized into different audio files that were assigned to specific orchestral instruments. This basically created a basic sample of what music composed from that data would look like.

Next, enter composer and pianist Mathiew Lamboley, who took the music files and composed an arrangement around the melodies generated by artificial intelligence. To make it a full multimedia experience, the data visualizers crossed specific moments in the score with the “feelings” generated from the original items to create a live visual art display during the performance. Voila – “Symphonologie” was born.

While the idea of ​​a complex orchestral work created in large part by artificial intelligence is interesting, it is not difficult to imagine eyebrows raised by doubt about the ultimate usefulness of this kind of project. Knickrehm said the implications of “Symphonologie” are vast; he sees the musical piece as a concrete example of how AICould be used by Accenture customers in areas ranging from healthcare to business.

“You know the point of this is to make people hear it and see it and say ‘I understand what you’re doing,’” Knickrehm said. “Then we start talking to people about what artificial intelligence is, how it could be used in strategy, how the cloud could be leveraged. You know we’re in year zero when it comes to this Technology. It is growing and we can start to see how it is opening up business opportunities and services.

Knickrehm pointed out that a key area where this type of technology could be used would be retail. Now that everyone has smartphones, He said AI systems could be used to process images of the types of products you love and have those items delivered straight to the store. More advanced technology could deliver increasingly personalized experiences to consumers.

Likewise, he predicted powerful applications for this type of technology in the medical field.

“One area that may have more impact but less immediate for consumers is healthcare. This technology could be used to predict who will get sick and with what disease – we could work with our healthcare clients to change the outcome. We have large amounts of health data and genetic data, it is much cheaper genetic testsnow. This kind of technology could change the way businesses operate, the way doctors and nurses treat people differently, ”Knickrehm said.

And to think of it, all this futuristic technology is infused into a musical performance. Although the performance in Paris was intended for a private audience, Knickrehm said others could perhaps experience “Symphonology” for themselves with future performances in other cities around the world.