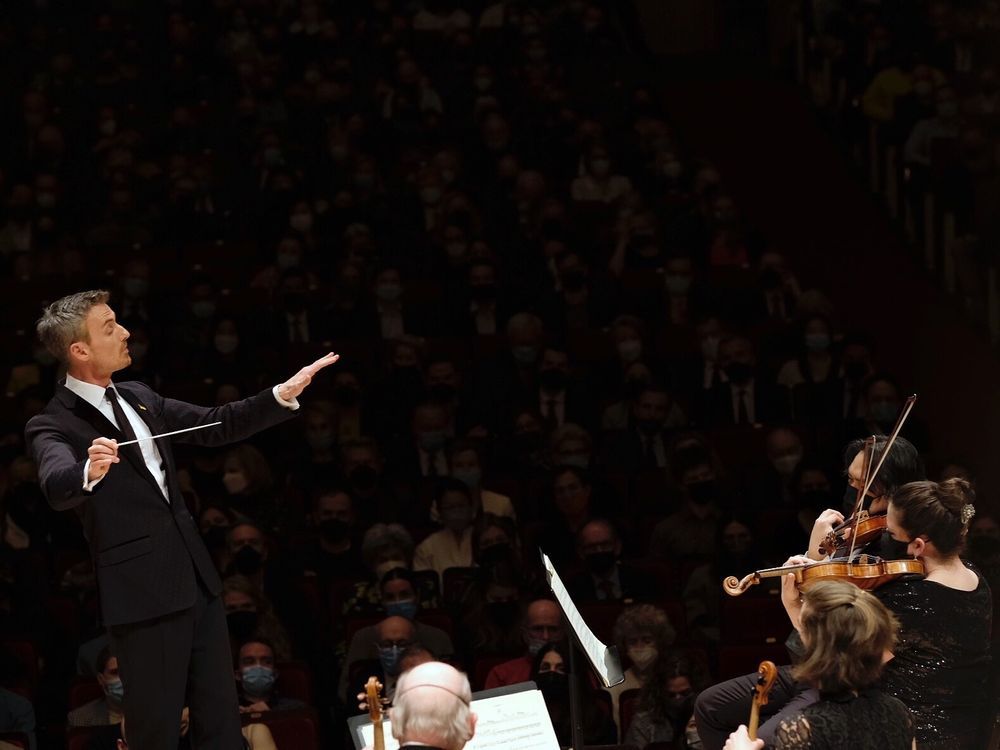 NEW YORK CITY — The National Arts Center Orchestra left its mark at Carnegie Hall this week with a concert that shattered the notion that classical music is out of touch with today’s world.

The April 5 performance was the orchestra’s first visit to the Big Apple in decades and an opportunity to rekindle the relationship with the city’s classical music scene. Although the concert took place nearly two years after its original date, thanks to COVID-19, the delay only underscored the relevance of the theme, Truth in Our Time, in an age plagued by misinformation.

For Alexander Shelley, NACO’s savvy young music director, this was his first performance in the legendary hall and he expressed his gratitude, not only acknowledging the talents of “his” excellent musicians, but also grateful for the support of his bosses on tour. with a program that was not filled with the greatest hits of Beethoven or Mozart.

After all, as Shelley said after the gig, if a publicly funded arts entity can’t tackle challenges, who can?

“As a Brit, I grew up with the BBC and the belief that if you want to have a national broadcaster it has to have the freedom to take risk that commercial entities cannot,” said the 42-year-old. years. -old maestro at the post-concert reception. “I believe the same applies to a national arts centre, that we have the mandate, the responsibility to do things and take risks that other organizations may not be able to.

In this case, the feeling of risk came from several sources, starting with the simple fact that the concert took place on a Tuesday evening, not always prime time to go out. To make it even more daunting for classical fans accustomed to familiarity, there was brand new music on the program, as well as a pair of mid-century pieces composed at the end of World War II, plus a short and charming quirky with an intro written by a Canadian, Nicole Lizée.

The journalist and the composer, who would have been fans of each other, now also share a musical connection. Glass’s new piece, Symphony No. 13, performed on Tuesday, was co-commissioned by the NAC and the Jennings family of Ottawa as a tribute to the news anchor, and provided an excellent reason for a mini-tour, the the orchestra’s first since the pandemic hit. Dates included the world premiere in Toronto on March 30 and the Carnegie Show, with return performances on April 13 and 14 at the NAC’s Southam Hall.

Despite the weekday lineup, Carnegie’s 2,800-seat main hall was nearly full, with Glass himself in the audience. After a pre-concert dinner at the famous Italian restaurant, Trattoria Dell’Arte, across the street, the composer and his band watched the orchestra embrace his music from a vantage point on the stage of the first floor of the balcony. Members of the Jennings family, including Peter’s sister, Ottawa author Sarah Jennings, watched from the center of the main level.

It was, as Sarah said after the show, a wonderful concert. Lizée’s piece, Zeiss After Dark, made an offbeat and imaginative starting point, leading to the thoughtful dynamics of Dmitri Shostakovich’s Symphony No. 9, which Stalin expected to be triumphantly patriotic, but which instead shifts from joy of pleasing something much darker, gloomy and urgent, slyly painting a cautious picture of life under authoritarianism.

Virtuoso Canadian violinist James Ehnes joined the orchestra after intermission, navigating effortlessly through Erich Korngold’s glorious but notoriously difficult Concerto in D Major, Opus 35 from memory. After that workout, which received a standing ovation, he returned for an encore, an eloquent revisit of Ukraine’s national anthem by Yuri Shevchenko that became even more poignant when Shelley shared the news of the composer’s recent death. He was tragically killed last month during the war in his native country.

(News of the death of Boris Brott, who was NACO’s former youth concert conductor and beloved onstage, also cast a shadow over the evening.)

As for the piece Glass, it was a masterpiece of sober construction, from the cinematic swell of the first movement, propelled by strings, French horns and playful percussion, to the soft violins and harp of the second, to finally fade into resolution with a fanfare. brass and bass that contrasted with the dancing strings. It’s perhaps no exaggeration to say that the combination of gravity and charm was a fitting reminder of Jennings’ style for delivering the news.

But whatever the setting, it sounded divine in a room with exquisite acoustics and was warmly received, earning a standing ovation and prompting Glass to come out for a bow.

Earlier in the day, an in-person pre-concert panel moderated by Jennings’ successor at ABC, David Muir, sparked a lively discussion about war, press freedom and the power of music with a trio of panelists. including Shelley, York Times culture reporter New Javier Hernandes, and Gillian Tett of the Financial Times.

A similar panel, moderated by journalist Paul Wells, takes place before the April 13 concert at the NAC. Admission to the panel is free. For more details and to purchase concert tickets, visit nac-cna.ca. Tickets are also available for the live broadcast of the concert on April 14.

Reporting of this story was made possible in part by NACO, which provided travel and accommodation.

Sign up to receive daily news from Ottawa Citizen, a division of Postmedia Network Inc.

Thank you for your registration!

A welcome email is on its way. If you don’t see it, please check your spam folder.

The next issue of Ottawa Citizen Headline News will soon be in your inbox.

We encountered a problem during your registration. Try Again

The Ordway Center for the Performing Arts launches GreenRoom, a musical theater training grant by and for BIPOC artists