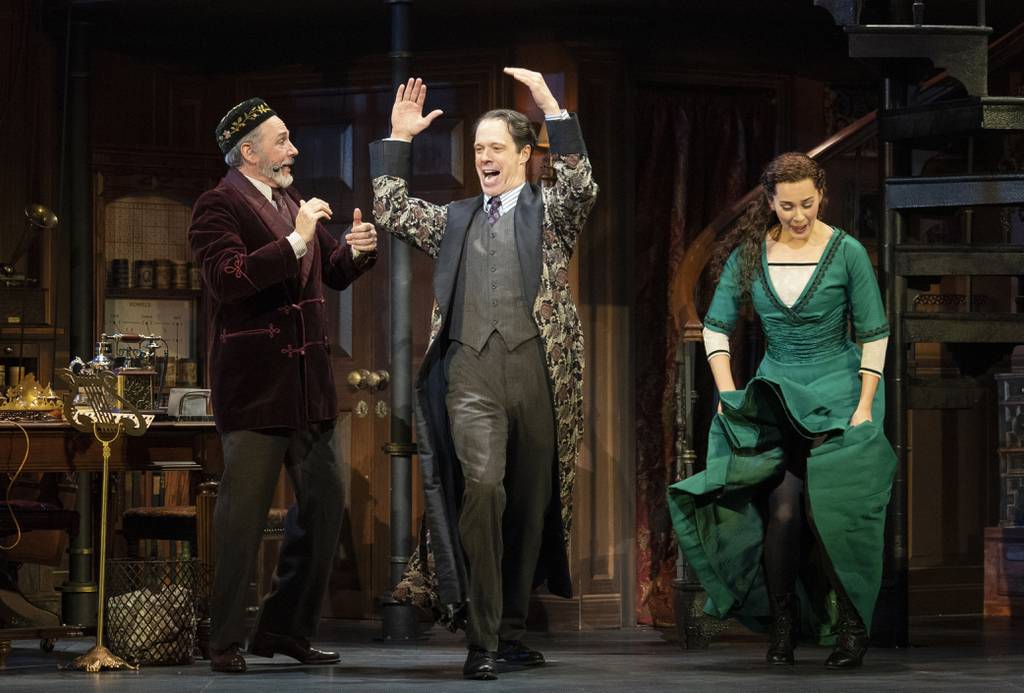 “My Fair Lady” in a mostly glorious production

CHICAGO—Cole Porter, Richard Rodgers and Oscar Hammerstein have refused to adapt George Bernard Shaw’s 1913 play “Pygmalion” into a musical. It was too wordy, they said, and not romantic. It would never work as a musical.

Indeed, Shaw’s parlor comedy about class differences in which Henry Higgins teaches Eliza Doolittle to use proper English didn’t seem like a promising idea for a musical. Shaw seemed more interested in exploring how social classes are differentiated by the use of language rather than the mechanics of love.

But maybe there was a love affair, thought librettist Alan Jay Lerner and composer Frederick Loewe. After all, Shaw titled the piece “Pygmalion” after the Greek myth in which a sculptor falls in love with his marble statue. So they decided to take on the challenge, and in doing so, they created an extraordinary combination of story and music, developing what some have called the perfect musical. That’s why, since its Broadway premiere in 1956, “My Fair Lady” continues to play over and over.

The latest revival of the show originated at the Lincoln Center Theater in New York City and is now touring major cities across America. As such, it’s now in a terrific new incarnation at the Cadillac Palace Theater in Chicago.

Again featuring the story of Eliza Doolittle, a Cockney flower girl who catches the eye of Professor Henry Higgins, the new revival is faithful to the original production. Higgins laments the rudeness of Eliza’s speech and makes a proposal to Colonel Pickering, a retired officer interested in linguistics, that within six months he could make Eliza look like a respectable lady by teaching her to speak English properly. English.

In relaunching the show, its director, Bartlett Sher, had a problem: how would he present a show to a new audience without offending contemporary sensibilities? Sher solved this problem by turning Henry Higgins from just an arrogant snob into a more childish man and making Eliza a little less of a pushover.

Fortunately, not a note of the glorious music was changed. While in so many musicals today we’re lucky if a show has a good song or two, “My Fair Lady” features more than a dozen standout numbers. And it’s not just that the songs move the story forward and are delightful on their own, but that the songs perfectly portray the characters of the show, that the actors do a great job of portraying them.

Like Elisa, Shereen Ahmed soars with a lovely soprano. When she sings “Wouldn’t It Be Loverly,” we know how downtrodden she was; when she sings “I Could Have Danced All Night”, we feel her exultation; and “With Just You Wait”, his anger is palpable. Like Higgins, Laird Mackintosh does a good job of portraying the arrogant elitism of the misogynist professor, delivering a very funny “A Hymn to Him” ​​(“Why Can’t a Woman Be Like a Man”).

Kevin Pariseau is a charming Colonel Pickering, who questions whether Higgins is a man of good character when it comes to a woman. Martin Fisher as Eliza’s father, Alfred P. Doolittle, a hard-drinking garbage man, is a delight as he rails against living a life of middle-class morality. You can immediately gauge the man’s character the moment you hear him sing “With a Little Bit of Luck” and “Get Me to the Church on Time.”

Plus, Sam Simahk-loving Freddy Eynsford-Hill, who promises to wait forever for Eliza, delivers a glorious rendition of “On the Street Where You Live,” and Leslie Alexander signs on as Higgins’ mother who turns lines up with Eliza to put her son in her place.

An exceptional orchestra, conducted by John Bell, is an integral part of the production, giving a fantastic musical score the sound it deserves. To add to the excitement of the show, choreographer Christopher Gattelli creates elegant dance moves for the ensemble.

Plus, the show is as good as it looks. Michael Yeargan’s dollhouse set is a stylish backdrop for the action, and costume designer Catherine Zuber’s stylish threads are so stunning that at one point they received applause from the audience .

Although the musical adaptation was turned down by other composers for its lack of romantic interest, Lerner and Lowe managed to turn it into a love story by ending the show with “I got used to his face”. The songwriting duo not only made “My Fair Lady” one of the most beloved musicals of its time, but also of our time.