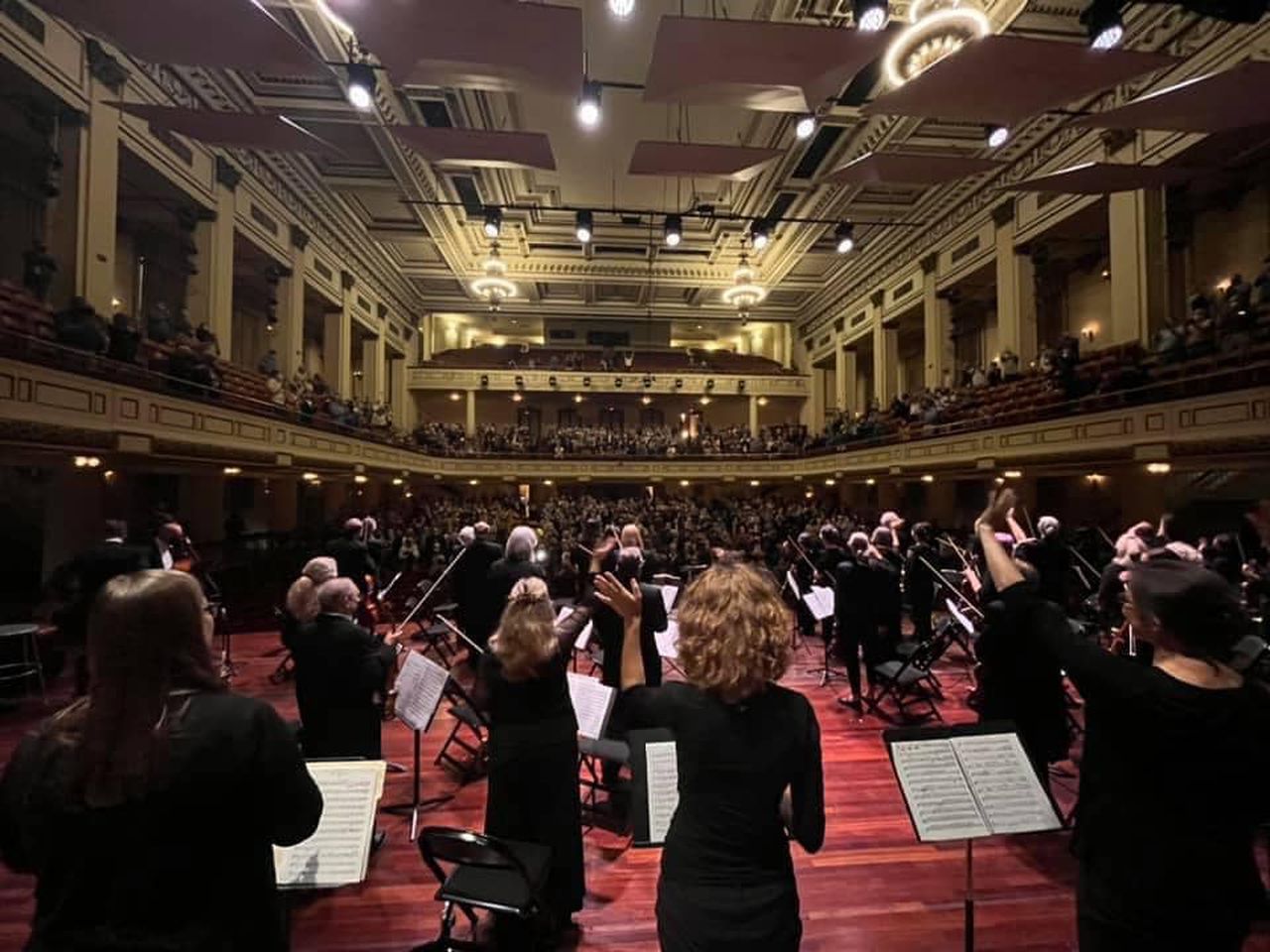 SPRINGFIELD – The musicians of the Springfield Symphony Orchestra (MOSSO) return to Symphony Hall Thursday, June 23 at 7:30 p.m. to celebrate the Broadway music of the late Stephen Sondheim.

They will be led by Tim Stella, and he will be joined by singers Hugh Panaro, Lisa Vroman, Ray Hardman and Kathleen Callahan-Hardman.

Sondheim’s genius as a lyricist burst onto the scene in 1957 when he penned the lyrics to Leonard Bernstein’s musical theater masterpiece “West Side Story.” Two years later, he collaborated with Jule Styne to write “Gypsy”. His aptitude for the operatic craft was surely influenced by his relationship with Oscar Hammerstein II, who took a critical and honest look at Sondheim’s youthful work, and commissioned him to write four “practice” musicals. parts of which eventually emerged in Varied Forms. These “lesson” shows taught the budding composer/lyricist a great deal about the craft of which he would later become an example.

Sondheim began serious music studies at Williams College, first with Robert Barrow and then (at Barrow’s suggestion) with Milton Babbitt, then teaching at Princeton. Babbitt and Sondheim spent hours poring over the works of American songwriting masters like Buddy DeSylva and Jerome Kern, developing in the student a simultaneous technical and emotional understanding and mastery of the art of songwriting. song writing.

Sondheim got the lyricist job for “West Side Story” because Bernstein’s frequent collaborators, Betty Comden and Adolph Green, were under contract in Hollywood and were unavailable. Likewise, “Gypsy” was offered to both Irving Berlin and Cole Porter, who turned it down.

Between the two shows, Sondheim began writing a musical based on the Roman comedies of Plautus with Burt Shevelove, who wrote the book with Larry Gelbart. “A Funny Thing Happened On the Way to the Forum” was the first show to feature both lyrics and music by Sondheim. It opened in 1962 and ran for 964 performances, winning six Tony Awards.

Sondheim’s collaborations with Harold Prince began in 1970 with Company and ushered in a new height of excellence and innovation in Broadway composition. “Follies” and “A Little Night Music” followed, the latter producing Sondheim’s best-known song, “Send in the Clowns”. The wonderfully dark hit of 1979’s ‘Sweeney Todd’, with Angela Lansbury creating one of her finest roles, the oddly lovable Mrs. Lovett.

Many more hits awaited Sondheim, including “Sunday in the Park With George” and “Into the Woods.” ‘Assassins’ (1990) took a little longer to hit Broadway, but finally got there in 2004.

Thursday’s MOSSO schedule will feature well-known songs from many of the above shows, including “Company’s” “Being Alive,” “Side by Side” and “Not Getting Married Today”; “Broadway Baby,” “Too Many Mornings” and the heartbreaking ballad “Losing My Mind” from “Follies”; “Send in the Clowns”, “Now/Soon/Later” and “The Glamorous Life” from “A Little Night Music”; and “Finishing the Hat” from “Sunday in the Park With George”.

Tim Stella conducted “The Phantom of the Opera” on Broadway, as well as “Jesus Christ Superstar”, “A Funny Thing Happened On the Way to the Forum”, “Guys and Dolls”, “The Most Happy Fella”, “Hello Dolly”. and “Diamond Legs”. He was also resident music director of Goodspeed Musicals and bandleader at Radio City Music Hall.

Hugh Panaro played the Phantom more than 2,000 times in “The Phantom of the Opera” on Broadway. He made his Broadway debut as Marius in the original production of ‘Les Miserables’ and originated the roles of Buddy in ‘Side Show’, Julian Caster in ‘The Red Shoes’, the title role in the US premiere of Martin Guerre, and the title role in Elton John’s “Lestat”.

Lisa Vroman made her Broadway debut in Andrew Lloyd Webber’s “Aspects of Love” and for several years played the role of Christine in “Phantom.” She has appeared as Rosabella in New York City Opera’s “The Most Happy Fella”, Charlotte in Michigan Opera Theater’s “A Little Night Music” and Lili Vanessi in Glimmerglass Opera’s “Kiss Me, Kate”.

Ray Hardman performed with the West Hartford Symphony, with Chorus Angelicus and Gaudeamus as solo bassist in Faure’s “Requiem” and with Broadway stars John Cudia and Kathy Voytko at an evening of Broadway songs at the Hill Stead Museum.

MOSSO was formed by the unionized musicians of the SSO amid a protracted labor dispute with the SSO board of directors.

Regarding the status of the negotiations, violinist Beth Welty said, “We are working really hard on both sides to reach an agreement and we are negotiating in good faith. We are very attached to this.

Tickets for “The Sondheim Celebration” as well as the July 21 MOSSO concert featuring guest violinist Yevgeny Kutik and maestro Kevin Rhodes leading an evening of light classics and music by John Williams, are priced at $60 , $45, $25, and $10, and are on sale at SpringfieldSymphonyMusicians.com.

In an impassioned speech, the music director of the Philadelphia Orchestra addresses gun violence