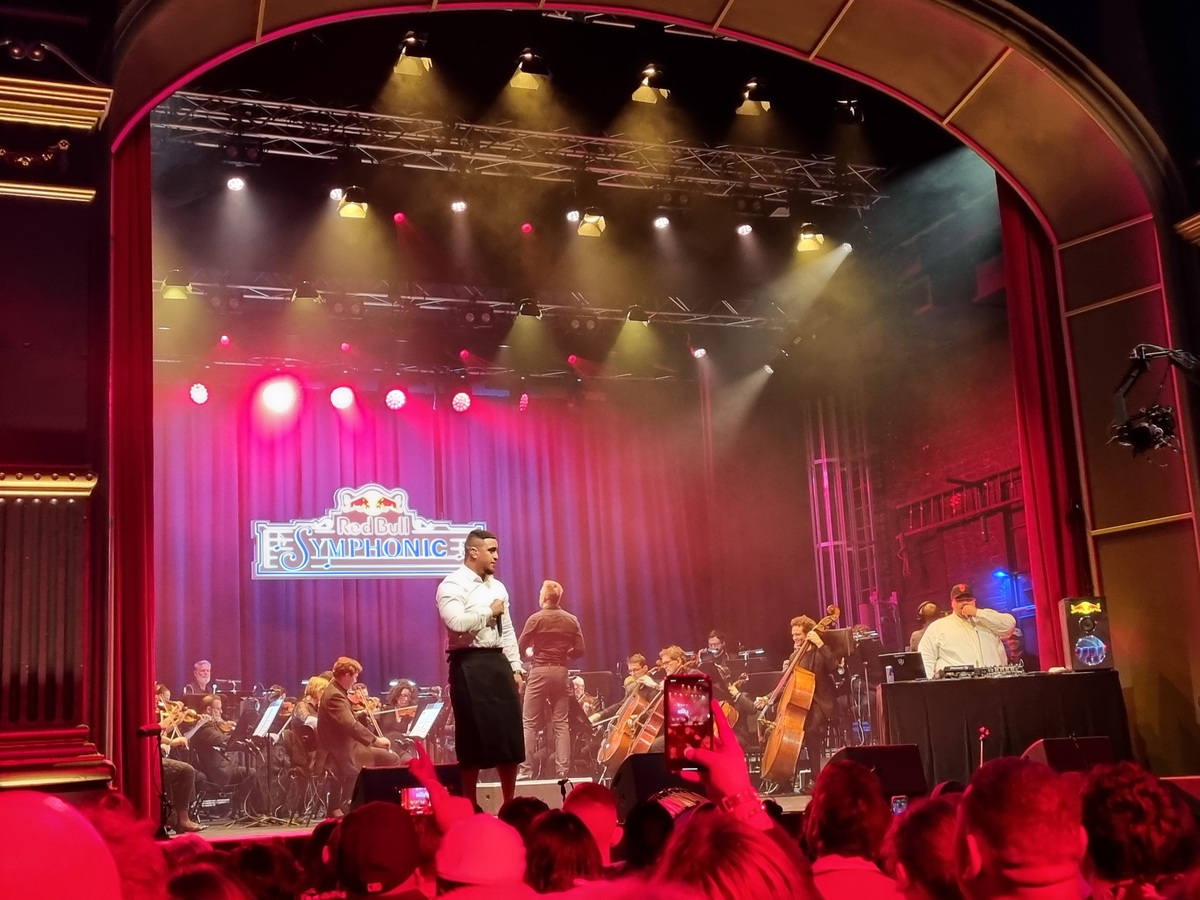 Two worlds collided when rapper Goodna Lissi made with the Queensland Symphony Orchestra at the Princess Theater in Brisbane on Saturday 25 June. Sponsored by Red Bull Symphonyfans were treated to the special event with a 25-piece orchestra – led by Nicolas Buc – bringing Lisi’s greatest hits to life.

The evening began with a welcome introduction to the country to recognize the traditional owners of the land and offer a formal greeting. Shortly after, the Queensland Symphony Orchestra took the stage and took up standby duties. Conductor Nicholas Buc then emerged and bowed to the audience with Lisi stepping out in formal attire to great cheers. The collective launched into the appropriate opener “The Come Up” and the crowd was buzzing.

Soaring 808s and brilliant boring rhythms laid the groundwork for eerie string stabs and fat horn sections, bringing a cinematic quality to Lisi’s tight flows and deft switching. Exercise sensation in Sydney Chillinit was one of the performers at the show, frequently calling in from the front seats. Brisbane Rapper Nokz came out for “Like This” and Lisi shared a story about witnessing a close friend’s brutal stabbing for “Til the Death.”

Representing their postcode 4300 throughout the night, Lisi’s crew Th4 W3st appeared among the seated crowd and took to the stage for a live collaboration. Samoan Gospel Choir SELAH attended on “Give It Back”, dedicated to Lisi’s parents seated in the front row, followed by a captivating performance by Samoan drummers. The night was a family affair, with his mom, dad, friends and longtime collaborators among those in the crowd, and you could definitely feel the love.

On that note, the Sydney rapper Shely210 joined for “Look At Me Now” and singer and The voice competitor Faith Sosène graced the audience with her soulful vocals. Lisi’s lyrical references to football, money troubles and family life make her music accessible to the ordinary citizen, contributing to the wide success of her 2020 debut album. The average man. He thanked the QSO and then left the stage before returning with the choir and asking everyone to stand for the montage of the encore “Good Life”.

There are few blends of musical styles as exciting as the fusion of classical with hip hop and Lisi and the QSO haven’t missed a beat. Bringing the grit of Australian street life to the class of the Princess Theater made for a night to remember and an evening to set the bar high. After Bliss n Eso’s recent performance with the Brisbane Symphony Orchestra, one can only hope that this meeting of musical worlds will become a regular occurrence.

FOUR STARS (OUT OF FIVE)

More to explore on the AU: