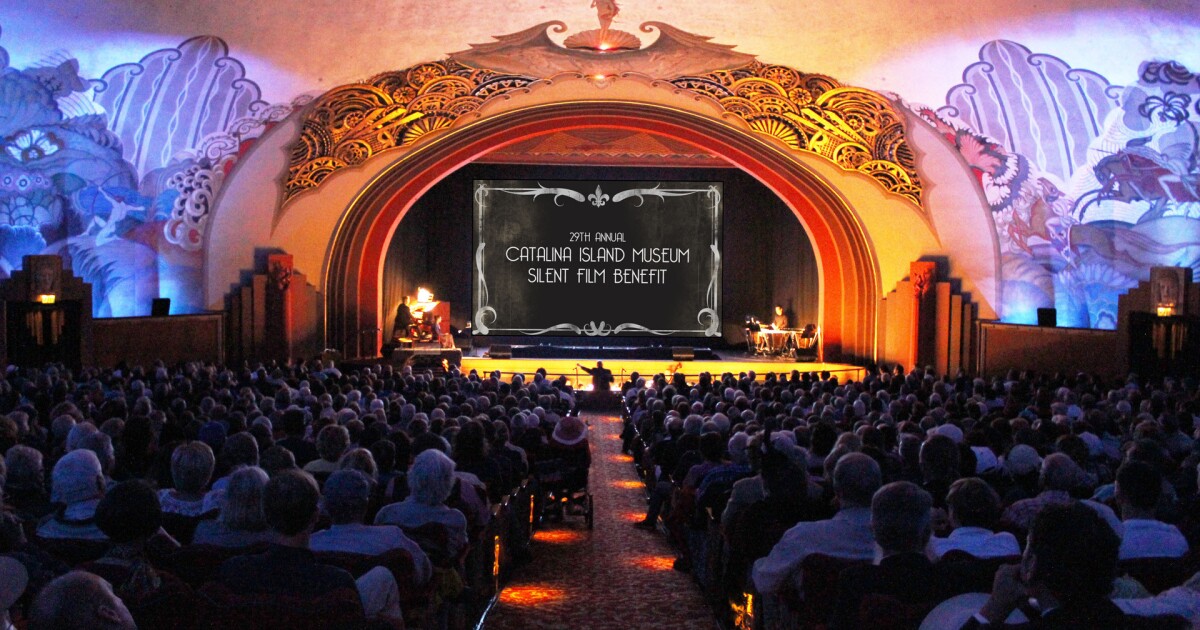 If you think movies are to be seen and not heard, the Catalina Island Museum is having an event on Saturday with your name on it. The annual Silent Film Benefit at the Avalon Museum will feature two films that are considered some of the funniest made in the silent movie era.

The films, which will screen in the Art Deco Casino Theater on the island, are “One Week”, with Buster Keaton, and “The Kid Brother”, with Harold Lloyd. The Mont Alto Motion Picture Orchestra will provide the accompaniment.

In the 1920 comedy classic “One Week,” Keaton, often referred to as “the big stone face,” plays a husband trying to build a self-build house that he and his new wife received as a gift from wedding. Instructions say the house can be built in a week, but plans go wrong when a rejected suitor renumbers the crates of materials.

“Kid Brother,” filmed in 1927, tells the story of a shy sheriff’s son (Lloyd) who takes on his toughest guys and has a chance to prove himself when a scam-run medical show hits town.

Viewers often dress for the annual benefit film, wearing period costumes from the roaring 20s. Awards are given to the best dressed individual, the best dressed couple, and the best character in each film.

Just in time for summer travel: 4 budget hotels and motels ready for a “cheap” makeover

How many of these top 25 monuments have you visited? Machu Picchu is n ° 1