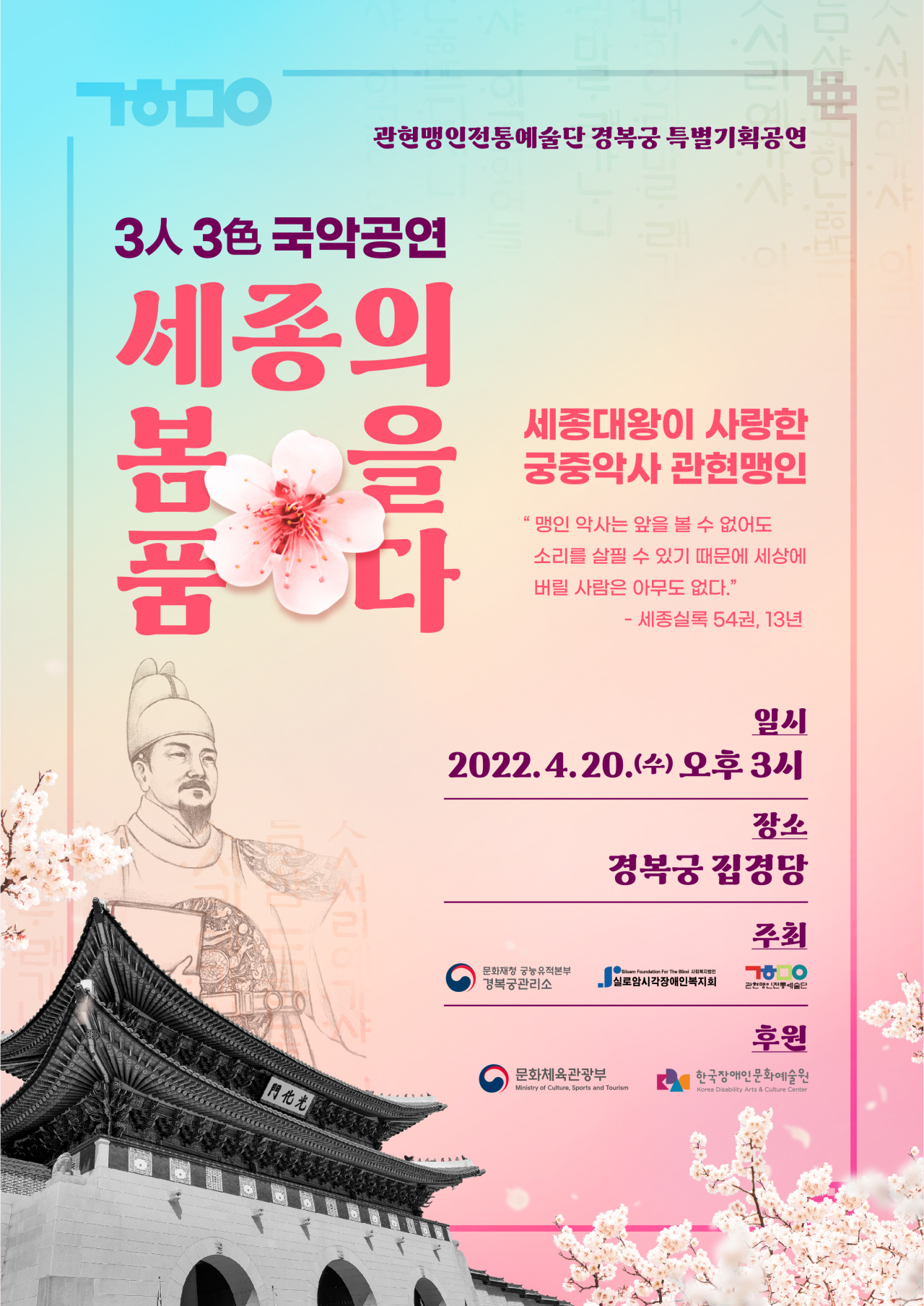 By Melisa S. Stott Last updated Apr 19, 2022
Share
To celebrate the National Day of Persons with Disabilities on April 20, the Cultural Heritage Administration will hold a special performance by leading musicians of the Korean Traditional Music Orchestra of the Blind at Gyeongbok Palace on Wednesday.

Jointly organized by CHA’s Gyeongbok Palace Management Center and Siloam Center for the Blind, it will be the second such performance, following the first held last year in Sujeongjeon Front Yard, center of the palace.

During the Joseon era (1392-1910), King Sejong invented a system for the visually impaired and named it Blind Kwanhyun, which means blind orchestra. While supporting musical education and encouraging performances for royal festivities, some of them received government posts as court musicians. Their outstanding musical expertise has become widely known and established itself as one of the symbolic cultural performances in Korea’s palace history.

From solo performances to ensembles, program themes range from appreciation of nature to yearning for a peaceful world in harmony.

“Still few are aware that there is an orchestra group made up of people with visual impairments, and we hope that the performance will serve to raise awareness among the communities and artists concerned,” the head of the team said on Monday. organization of CHA performance at Korea Herald.

The Ministry of Culture, since 2011, has worked tirelessly to perpetuate the cultural heritage of the Blind Kwanhyun system. The ministry’s support for the Siloam Center for the Blind has led to job creation and opportunities for musicians with disabilities to build their professional careers, including the Korean Traditional Music Orchestra of the Blind.

Although this year’s performance does not invite additional guests onsite due to pandemic restrictions during its preparation period, the full video of the performance will be posted on the CHA and INHA YouTube channels. Korean Traditional Music Orchestra of the Blind, May 20.