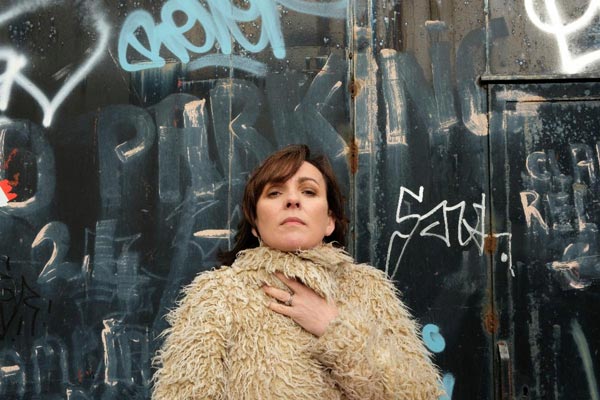 (HOPEWELL, NJ) — Karen Caseyone of Ireland’s top singer-songwriters – and a leading advocate for gender balance in the Irish folk and traditional music scene – will be making his first US tour in three years from September 1-18 , a list of 13 performances that will highlight his recent work, including his album Hieroglyphs that tell the story and new unreleased material. The tour arrives at the Hopewell Theater on Friday, September 16.

His passion for storytelling through songs, his ability to give age-old lyrics and themes a universal and modern framework, and his belief that music can help change the world has allowed Casey to forge a deep connection with audiences around the world.

Originally from Waterford, Casey was part of the vanguard of the ‘third wave’ Irish music revival of the late 1980s and early 1990s, a founding member of founding Irish American band Solas before launching his solo career in 1999 and to record 11 albums. Although steeped in Irish traditional and folk music from an early age, Casey has long followed an eclectic background, whether studying classical music (she is a talented pianist), leading jazz bands or working with Frank Harte, a highly revered folk/traditional singer from Dublin. . The list of artists she has played with is just as diverse: James Taylor, Maura O’Connell, Karen Matheson, the Boston Pops Orchestra, Tim O’Brien, The Chieftains, The Dubliners and Béla Fleck, among others.

Recognized as a top performer of traditional and contemporary songs, Casey has over the years added another dimension to her music: songwriting, a talent she first showed on her 2005 album. chasing the sun and in full effect in 2014 on two more hours, his first recording of all-original material. Casey has recently explored new modes of performance by accompanying herself on the piano as well as branching out into spoken word and theatre. His musical game I got inside my head directed by Sophie Motley was performed in 2021 at the Kilkenny Arts Festival.

On her September 2022 tour, which will include her fourth appearance on NPR’s legendary syndicated folk music radio show Mountain Stage, Casey will be joined by a pair of accomplished musicians, both members of popular Irish band Beoga: Niamh Dunne (fiddle, vocals), who comes from a rich family heritage of traditional Irish music; and Seán Óg Graham (guitar), a talented arranger, composer and producer in great demand as an accompanist. 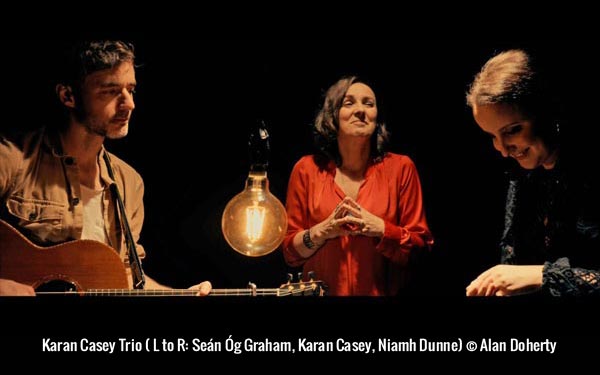 Advertise with New Jersey Stage for $50-$100 per month, click here for more info

Hieroglyphs that tell the story (2018) has the hallmarks of Casey’s overall excellence: his expressive, heart-on-the-sleeve vocals; his ability to immerse himself in different genres, including alternative country, rock, gospel and blues as well as Irish and folk; and songs – including two written by her – that sympathize with the beleaguered, disdain the forces of struggle and grief, and celebrate the triumph of the heart and the richness of the soul.

On the album, Casey covers “I’m Still Standing Here”, Janis Ian’s ode to resilience; Bob Dylan’s dark but insightful “Ballad of Hollis Brown”; the cutting “Man of God” by Eliza Gilkyson, on the exploitation of religion for personal gain; and Patti Griffin’s “Mary”, a portrayal of Mother Mary as the tragic yet resolute personification of mothers everywhere.

She’s joined on various tracks by a who’s who of singers like Maura O’Connell, Niamh Dunne, Pauline Scanlon, Karen Matheson and Aoife O’Donovan, and musicians like Catriona McKay and cellist Kate Ellis.

Unquestionably, one of the highlights of Hieroglyphs is Casey’s “Down in the Glen”, his deeply moving take on the 1916 Easter Rising which centers on two heroic but forgotten women: Julia Grenan, a nurse who stayed at the besieged Irish rebel headquarters in Dublin, and her lover Elizabeth O’Farrell, who accompanied rebel leader Pádraig Pearse to return the flag of the Republic of Ireland to the British. As Casey noted in a 2019 interview, O’Farrell was erased from photos taken of the event – an all too common event in Irish history where “the role of women, whether in the uprising or elsewhere, has often been forgotten or ignored.

Casey’s concern for the marginalization of women led her to lead the #FairPlé (“Fair Play”) campaign in 2019 to promote gender balance in the production, performance, promotion and development of music. Irish traditional and folk music. #FairPlé (“pled” is the Irish word for “discussion”) has sparked the rise of a movement called “Mise Fosta (Me Too)”, which aims to address concerns about the personal safety of women in Irish music circles , from performance situations to recording studios to touring.

“We started a conversation that had to happen,” she said. “I am proud of the work we have accomplished. It was not without difficulty and disappointment, and I was perhaps a little naive about how certain attitudes are ingrained towards women. But the idea behind #FairPlé wasn’t to make people uncomfortable. It is in everyone’s interest if women feel safe, feel equal and feel included.

Casey’s repertoire has long included traditional, contemporary and original songs that speak to the status of women, and her as-yet-unfinished new album – some of which will debut on the upcoming tour – follows this precedent: “It’s a conversation deeper and longer on women,” she says.

Returning to the United States – where she lived for several years in the 1990s – is always a special occasion for Casey, who has often spoken of the influence of American music and artists like Nina Simone on her career. After more than two years of coping with isolation and the other effects of the COVID-19 pandemic, the September 2022 tour makes this final visit all the more welcome.

“Coming to the United States all those years ago allowed me to explore – and be – who I wanted to be, and I’ve always had a special place in my heart for America ever since,” says Casey. “I’m really looking forward to it.”

Advertise with New Jersey Stage for $50-$100 per month, click here for more info