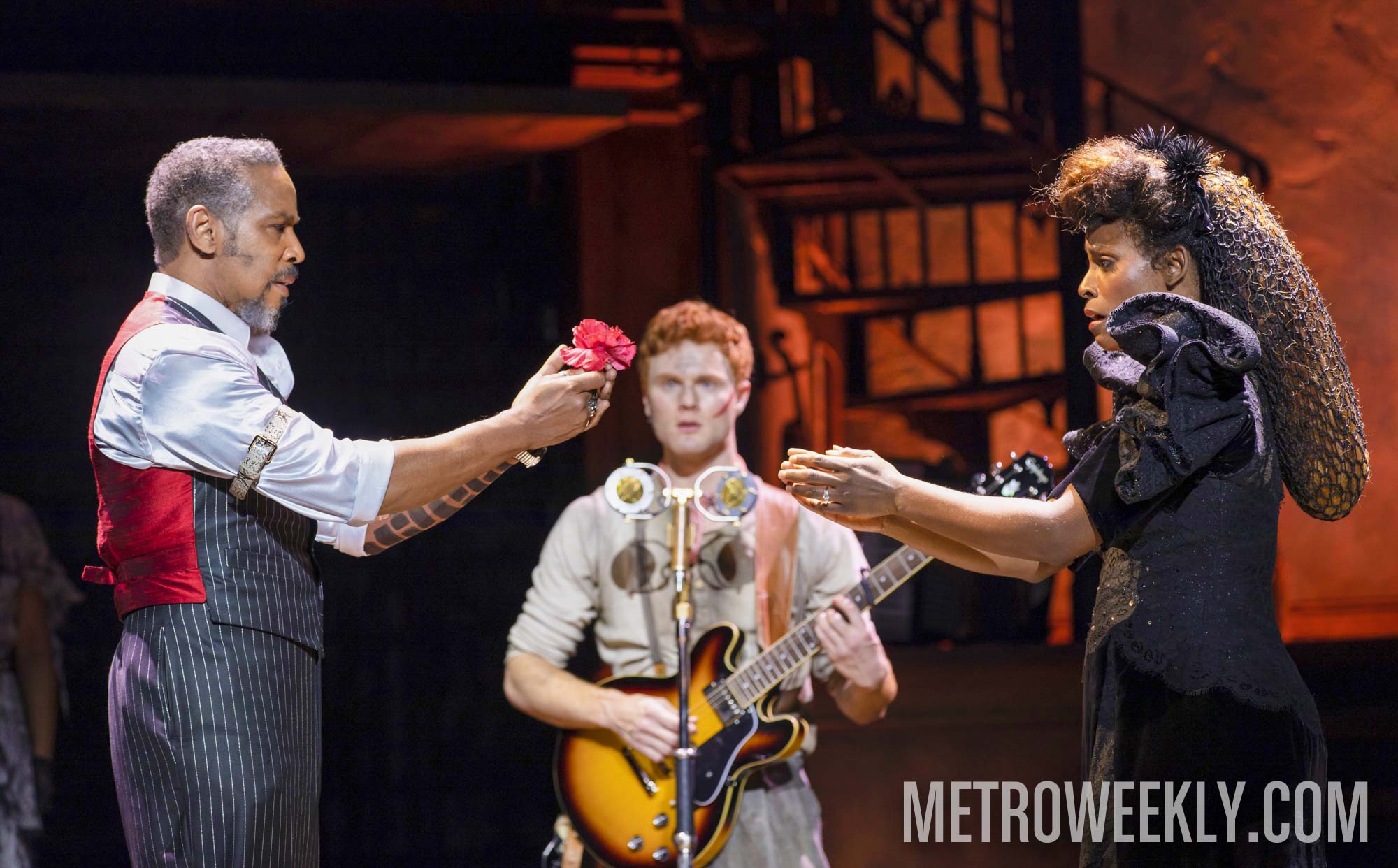 Broadway is back at Kennedy Center, and it’s music to our ears – great music, in fact, thanks to the melodious AnaÃ¯s Mitchell Hadestown (â˜…â˜…â˜…â˜… â˜†). Winner of eight Tony Awards in 2019, including Best Musical and Best Original Music, the show, which is back on Broadway after the months-long shutdown, kicked off its nationwide tour at the Opera with a performance. who brought the opening night audience to their feet.

Only the fourth musical in Broadway history to have a female solo writer, Hadestown claims a score full of actual songs. In an era populated by musical scores that sound like a stream of consciousness tuned to bits of melody, or with lyrics that could have been delivered by rhyming software, Mitchell offers us a rich and atmospheric jazz and blues of the New -OrlÃ©ans, and a folk-rock roots that fills the house and transports the imagination. Providing a firm bed of sex and syncopation for the poetic narrative of the romantic myth series of Orpheus and Eurydice, Mitchell’s score sounds fantastic live, but could live on anywhere.

Mitchell herself recorded a Hadestown Concept album well worth a listen, and the Broadway cast of director Rachel Chavkin, including stage legend AndrÃ© De Shields, won a 2020 Grammy Award for Original Cast recording. So this tour company is following an auspicious history and has yet to live up to the occasion, which it does – literally, atop the wooden risers and wrought iron balconies of Rachel’s award-winning set design. Hauck. The cast is joined on stage by six pieces from the fabulous orchestra (minus a backstage percussionist), creating an atmosphere of our characters singing and dancing at the cosmic crossroads between a Big Easy dive bar and the underworld.

In this realm of gods and men, destinies and muses, Orpheus and Eurydice meet and fall in love, interweaving their destinies, and the magnificent voices of Nicholas Barasch and Morgan Siobhan Green, playing tragic lovers. Her sparkling tenor captures the longing and wide-eyed optimism of poor Orpheus, as she caresses each melody with a tenderness conveying Eurydice’s heart and pain. Oddly enough, the score, for all its merits, does not offer a duet to surpass the highs that either hits with their solo ballads. On a few occasions, Barasch holds the audience in the palm of his hand, with his guitar, performing parts I-III of “Epic”, the song Orpheus composes in the hope of bringing light and spring to them. cold and dark world.

“Epic” tells the tormented love story of the gods Persephone (Kimberly Marable) and Hades (Kevyn Morrow), another couple who enjoyed their strongest musical moments on stage while leading the company in their respective solos. With dramatic chops and personality more than with immaculate pipes, Marable, a member of the original Broadway cast, presents a Persephone who rises brilliantly in her power as “Our Lady of the Underground”. His infernal partner Hades also hits his base notes powerfully, with Morrow’s sonic bass building like a storm in the closer first act “Why We’re Building the Wall”.

Hades somehow seduces Eurydice away from his beloved and into an eternal factory working hell, with the help of the Fates, played by the talented trio of BelÃ©n Moyano, Bex Odorisio and Shea Renne. Always tight on their harmonies and their movement, the Fates embody the humor and precision of the choreography of David Neumann, also animated by the company of the Workers and by Levi Kreis as god HermÃ¨s. A Tony winner for his performance as Jerry Lee Lewis in Million Dollar Quartet, Kreis grabs the crowd with the first track “Road to Hell” and holds the reins as a touching emcee, though he doesn’t have the world-weary side De Shields originally exuded from the role.

The production, in the end, appears to have smoothed its edges for the journey, failing to deliver the denouement with all the force of fate and death underlying the legend. Perhaps there is too much joy in this, or in experiencing it, to feel too dejected about Orpheus and Eurydice. Rather than the tragic loss of faith in the love of history, it is the love in the music of Mitchell that will send audiences singing back home.