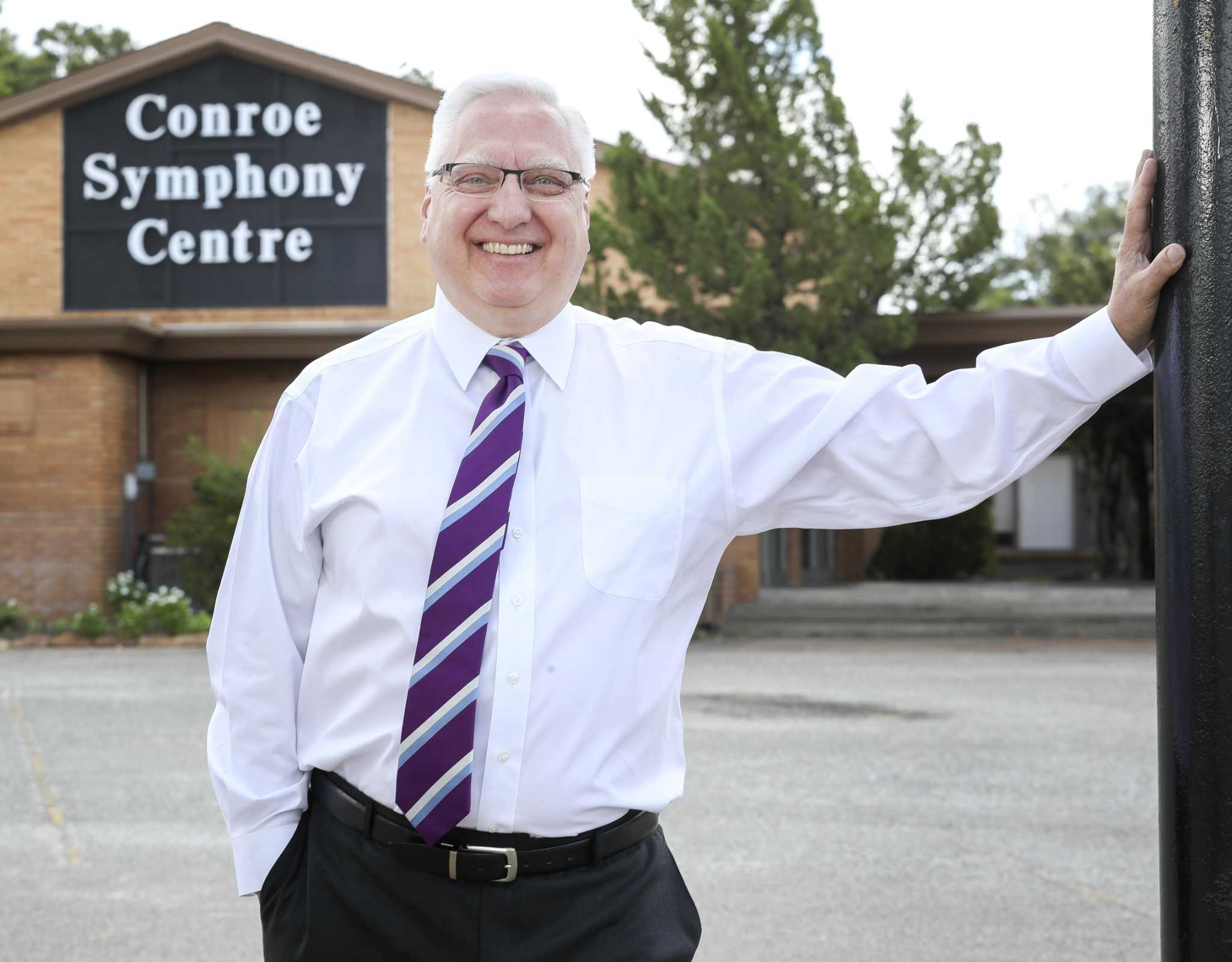 “After the interview with Gary, we gave him ‘E’ for excellent,” Hamilton said. “He had it all – education, experience, energy and tons of enthusiasm.”

Symphony orchestra executives believe his experience, leadership and dynamic personality are the right mix to lead the group of volunteer musicians out of the difficulties of the COVID-19 pandemic and into its 25th season.

“There is a thriving music, theater and arts scene in Conroe and speaking with several local directors, I see it all moving forward in a new and dynamic way for all organizations,” Liebst said. “Now is a great time for the arts in our community with the city moving forward with the development of a visual/performing arts center.”

Liebst, 62, will be introduced as the new musical director and conductor of the symphony orchestra’s “Afternoon of Ragtime” lounge series from 4-6 p.m. Aug. 21 at the Conroe Symphony Center, 1500 N. Frazier in Conroe .

The event is free. The concert will feature a variety of musicians offering tunes in the ragtime genre and board member Bill Thompson will perform his “Miracle City March.”

The Conroe Symphony Orchestra was founded in 1997. Since its inception, the symphony has continued under the direction of several musicians, including Dr. Robert Zwick and Dr. Don Hutson. Hutson retired in 2019. Then came shorter stints for Dr. Jacob Sustaita and Anna-Maria Gkouni since 2019.

For the 2021-22 season, guest conductors guided the five concerts.

“Dr. Hutson led the orchestra for 10 years,” Hamilton said. “We were looking for someone with that stability and that talent and we found it in Gary Liebst.”

Liebst grew up in Buffalo, NY, where her father worked at Buffalo International Airport. When Liebst was 15, his father was transferred to work at the Dallas-Fort Worth International.

“We were indoctrinated into Texas football and marching band traditions and fell in love with it all,” he said.

Liebst played clarinet and saxophone in his high school band.

This time also cemented his career path as he knew he wanted to become a music teacher because his own music teachers meant so much to him.

“I thought my band directors were heaven sent. They were such wonderful, caring people,” he said.

He studied music at what was then called East Texas State, then Stephen F. Austin University and later earned a master’s degree in performance from East Carolina University.

But he made sure to return to the Lone Star State to maintain the musical traditions he had fallen in love with.

He spent his first year as a middle school music teacher. Then directs the music program at Wharton College.

From YourConroeNews.com: The Conroe Symphony Orchestra, the highlight of the city’s Stars and Stripes celebration

Liebst and his wife settled in Conroe, and he held a similar music position at Lone Star College-North Harris before moving into administration as Dean of Visual, Applied, and Performing Arts on campus.

He briefly retired, but then commuted for the final three years to Angelina College as Dean of the Fine Arts Program.

Along the way, he also conducted the Kingwood Pops Orchestra for over 20 years.

Last fall, he resumed his retirement.

He had sporadically attended performances by the Conroe Symphony Orchestra over the years, from when Zwick was the conductor.

He made a point of attending the first performance of the symphony season last October.

‘Judge Hamilton came on stage and welcomed everyone and said how grateful they were to be back in person. She also added ‘We are also looking for a conductor if anyone one is interested,” he said. “From 12 rows back I kind of raised my hand ‘I can do it.'”

Liebst was the last to apply and the last to be interviewed, said Symphony board member Annette Spikes.

“All the committee members felt the same after the interview,” she said. “He exuded ‘happy’ from start to finish of the interview.”

Liebst was named in May and is looking forward to starting rehearsals in early September.

He is also looking forward to helping restart the Conroe Symphony Youth Orchestra, which has also had a bumpy ride during the pandemic.

A New Season also establishes a permanent home for this symphonic season which is in partnership with Willis ISD and the School District’s Performing Arts Center.

Visit conroesymphony.org/ to learn more about the Conroe Symphony Orchestra.

The Meridian Symphony Orchestra prepares for its new season

Like a phoenix rising from the ashes, Aliw theater complex reopens – Manila Bulletin