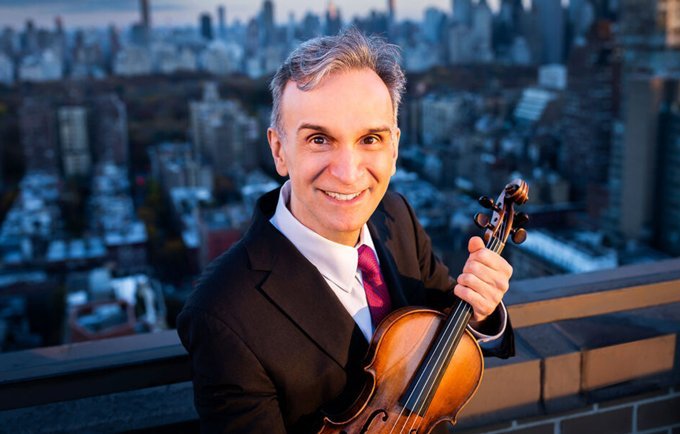 The National Symphony Orchestra (ONS) opened the evening with “Vitava” (“The Moldau”) by Czech composer Bedrich Smetana from Ma Vlast (My country). The piece, which celebrates one of the great rivers of Bohemia, is the second in a collection of six symphonic works, and the most frequently performed of all. Under the direction of conductor Lidya Yankovskaya, the ONS brought the river to life, taking the audience on a musical journey through meadows and woods, past a farmer’s wedding and along the banks of palaces. and ancient ruins, before finally disappearing into the distance.

After the sensitive interpretation of the Smetana by the ONS, violinist Gil Shaham took the stage to deliver a magnificent interpretation of Tchaikovsky’s Violin Concerto in D major, Op. 35. Known as a fiendishly difficult piece, Shaham’s virtuosity was breathtaking. He achieved feats of technical genius – lightning-fast passages and flawless double-stop passages – as well as stunning musicality, effortlessly evoking the deeply moving melodies that have made the concerto an audience favorite for more than a decade. ‘a century.

The second half of the evening featured the work of another prolific Czech composer, Antonin Dvorak’s much-loved Symphony No. 9, ‘From the New World’. The popular symphony premiered in New York in 1893, and in 1969 astronaut Neil Armstrong took a recording of the piece with him on the Apollo 11 mission to the moon. Since then, the New World Symphony has been a staple of orchestral literature. Notable performances from trumpets, horns, flutes and oboes captured the majestic simplicity of the work.

A thunderstorm on Friday evening did not dampen public enthusiasm. Wolf Trap’s veteran patrons arrived prepared for the weather with rain jackets, umbrellas and plastic lawn coverings, but all were delighted when the orchestra gathered on stage and, as the timing was right, the rain was replaced by a cool breeze and a clear evening sky. Don’t let the summer pass without visiting America’s favorite performing arts park.