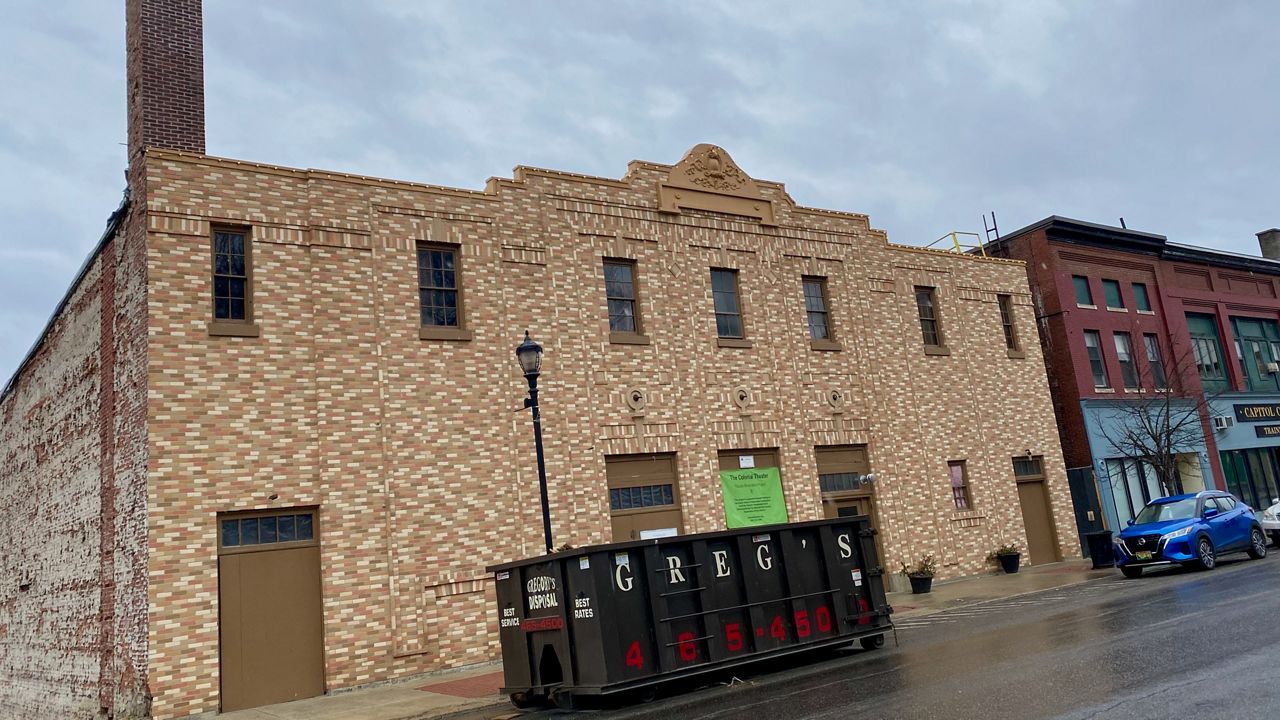 For the first time in 53 years, a live performance will take place at the Augusta Colonial Theater on May 6.

It’s a milestone for the venue which has survived decades of water damage and a fire that so badly scarred its former brick-painted exterior owners. While the theater opened in 1913, a fire in 1926 left extensive damage, prompting reconstruction and expansion.

When Las Vegas master illusionist Kent Axell performs in May, he will enliven the long vacant space that still needs years of work and millions of dollars before it can become the cultural center envisioned by a dedicated group of Mainers. .

“It’s a big deal,” said Kathi Wall, the theater’s executive director. “This is the first time for a paying event. People support the project and they are interested in coming.

The Colonial Theater stage will perform its first live show in 53 years next month. (Photo by Susan Cover/Spectrum News Maine)

Plans call for an addition to be built on the nearby vacant lot that will provide restrooms, an elevator and additional accessibility for the disabled, she said. A recent $160,000 grant from the Maine Downtown Center will pay for the restoration of the doors and windows.

So far, the group has raised about $1.5 million for the theater, while the total project is expected to cost $8.5 million, Wall said. The goal is to fully reopen by 2026, the 100th anniversary of the theater’s restoration and expansion.

Augusta Mayor Mark O’Brien said the city contributed $300,000 to the project which is available for matching grants and issued letters of support to help the theater secure federal funds. He said via email that he and his wife Julie had tickets to the May event, saying it would “give the community a taste of what’s possible for theatre.”

“I believe a successful rejuvenation of the Colonial Theater will create jobs, infuse downtown with arts and culture, benefit the local restaurant and lodging economy, spur further investment in buildings from downtown, will help preserve our heritage and history, and improve our overall quality of life here in Augusta,” said O’Brien.

During a recent tour of the theater, rows of chairs donated by Kennebec Valley Community College were clustered at the back of the auditorium, while piles of tin that had been removed from the ceiling were piled on the floor. Wall said ongoing investigations into the structural integrity of the building necessitated the removal of the tin, which likely dates to 1926.

In the lobby and auditorium, there were signs of the Christmas tree display which drew between 10,000 and 15,000 people, Wall said. Before the May show, there will be a temporary stage in addition to the main stage.

Augusta Downtown Alliance Director Michael Hall said recent upgrades will accommodate up to 300 people for live events. He said the building that was “essentially a shell” six years ago is now coming to life, with the May show just the beginning. 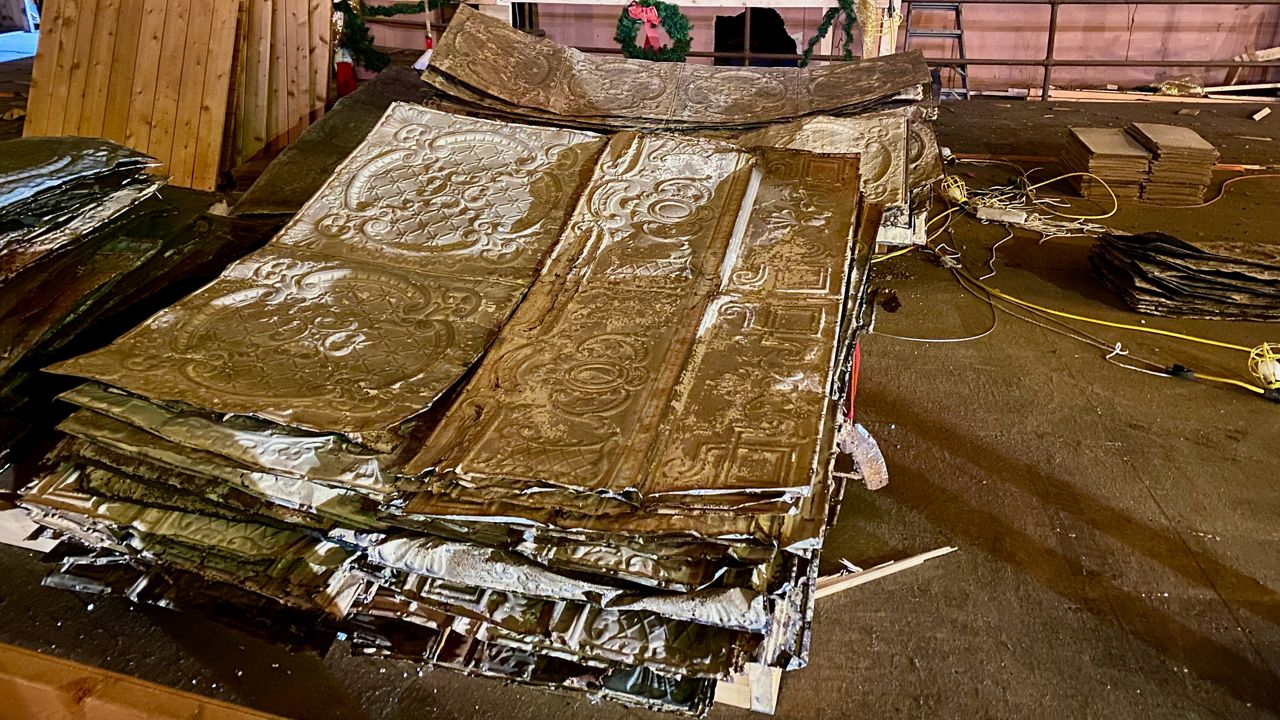 Heaps of tin ceiling tiles lie on the floor of the Augusta Colonial Theater, which is undergoing major renovations. (Photo by Susan Cover/Spectrum News Maine)

“It’s going to attract a lot of people who haven’t been to the theater before,” he said.

In its heyday, the theater served primarily as a movie theater, sometimes running lines so long they crossed the bridge over the Kennebec River, Wall said. But the theater closed in 1969 and was sold the following year. It suffered significant damage and was about to be demolished when a nonprofit purchased it in 1997, according to the theater’s website.

In 2014 it was listed on the National Register of Historic Places and in 2015 the group began major structural repairs.

When completed, it will be a 1,000-seat theater for live performances – music, dance, theatre, orchestra and live broadcast.

“I really envision it being a community activity center,” Wall said. “I also think with some of the performances that will be here, it will have broad appeal to central Maine, Kennebec County, depending on who we have here. People travel long distances for entertainment.