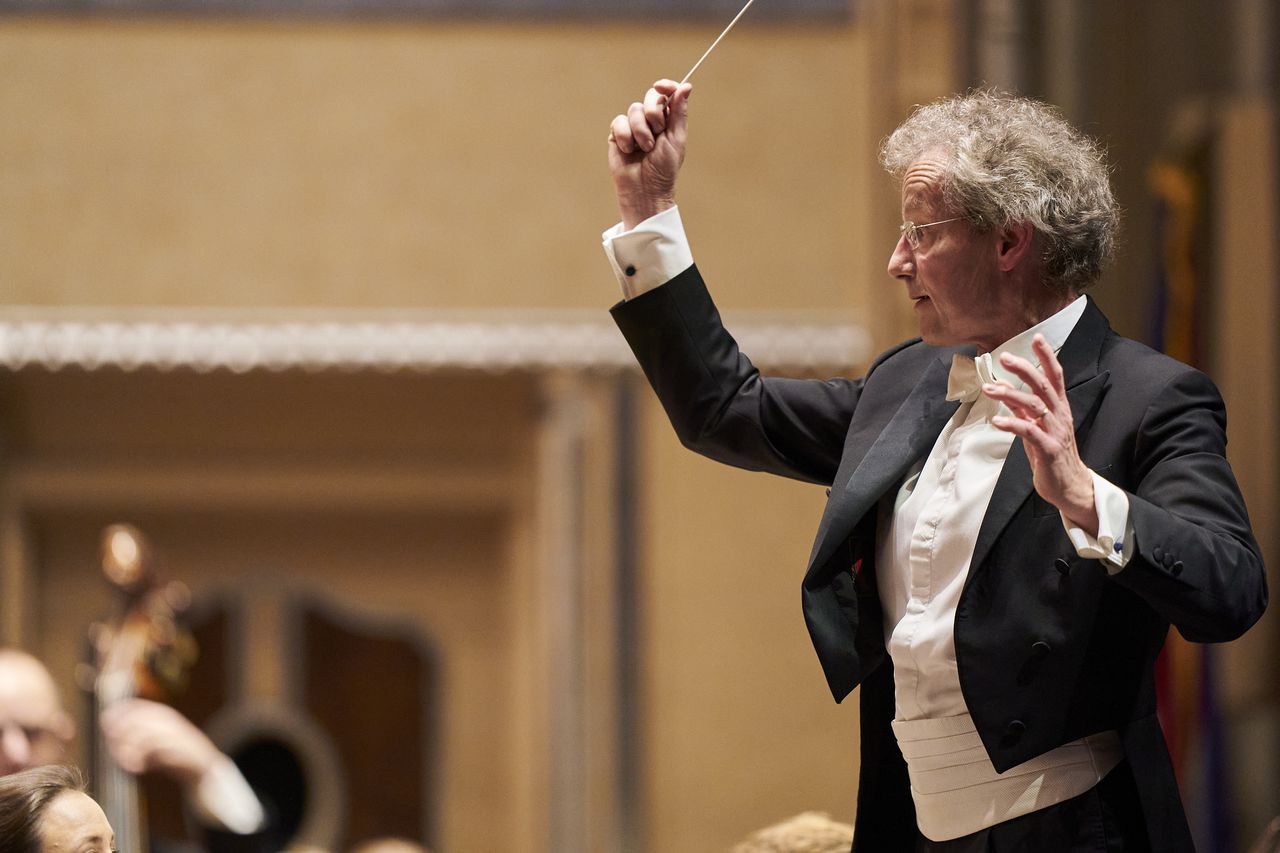 CLEVELAND, Ohio – If there’s one refrain in my career so far, it’s Franz Welser-Most. With his nearly 20 years at the top of the Cleveland Orchestra, the conductor easily ranks as the artist I’ve spent the most time reviewing, interviewing, and simply reflecting.

It is only now, however, that I feel I fully understand it. After reading the newly published and very readable English translation of his book, “From Silence”, I have a whole new appreciation for his way of making music, indeed his way of life. Now, finally, I can clearly see where it came from.

It doesn’t mean that I know him. Not completely. On some subjects, “From Silence” is remarkably, refreshingly straightforward, but Welser-Most – the recent recipient of a 2021 Cleveland Arts Prize – has always been a private person, and even in his memoir he maintains a certain distance, especially when it comes to family and non-musical life. Indeed, “From Silence” is less a memoir, a story of events, than a creed, a great statement of the artistic philosophy of the conductor.

Where he’s most candid is at the start, about his early childhood, his early experiences as a music student, and the devastating car crash that left a young Franz Most (the modifier â€œWelserâ€ came later, when he adopted a stage name, and refers to a town in Upper Austria) seriously injured and ultimately transformed him from violinist to conductor.

He describes the moment the car he was riding in exited an icy Austrian road in stunning, almost cinematic detail, allowing readers to feel the eerie stillness he felt and imagine the deep silence he spent on the rest of his life to be hunted. The original German title of the book, â€œWhen I Found the Silenceâ€, is perhaps a little more precise.

To this day, in everything, Welser-Most seeks that same calm, that same feeling of peace and harmony with the universe. This is why he roams the mountains, practices yoga and gravitates around serene music or in a way above the fray. He seeks the timeless. His money and time is not spent on fast cars or private jets, as they could easily do, but on books and sheet music, storing and soaking up the wisdom of the vast library that he has. he built in his house on the Attersee.

He is also surprisingly open about his productive but turbulent tenure at the London Philharmonic in the 1990s. Welser-Most freely admits that in many ways it was not a good game, that he was perhaps too young. for work, and that the cruel nickname given to him by the British press deeply hurt him and even made him consider quitting music. . In these pages, the conductor has his heart on his sleeve, and it is impossible not to feel sympathy.

About his current tenure in Cleveland, Welser-Most is not verbose. He cites few specific performances and hardly anyone by name. However, he proudly writes about the group’s opera explorations and its broad educational mission, its efforts to ensure that every child in Northeast Ohio has at least one meaningful contact with good music.

He lingered a little longer in Vienna, where he served (for several years at the same time as Cleveland) as general musical director of the famous Vienna State Opera. He takes readers on as he wades into the secret world of Viennese music politics and shares the joy he felt conducting the Vienna Philharmonic Orchestra’s New Year’s Concert, one of the most classical events. watched from the planet.

He also invites readers to his rehearsals, in Cleveland and elsewhere, to understand his intellectual approach to musical creation. Music, he explains, does not exist in a vacuum and cannot be fully enjoyed in the abstract. So it makes sense to spend at least a little time with each piece tackling its social and historical context. His specific case? The recent “Prometheus Project” of the Cleveland Orchestra, which has taken an unusually broad look at the music of Beethoven.

It is clear in “From Silence” that Welser-Most is content in Cleveland, safe in his heritage. Assuming he fulfills his current contract, until 2027, his tenure will eclipse in length that of George Szell, the acclaimed former music director who elevated the Cleveland Orchestra to world-class status.

But he shines positively from his previous tenure at the Opera in Zurich, Switzerland. He remembers with relish the interactions with opera luminaries and the productions that moved and shaped him as an artist. It devotes special sections to individual operas, notably Strauss’ â€œDer Rosenkavalierâ€, and offers a veteran insight into directing work.

No wonder he made opera a priority in Cleveland. According to him, and in his experience, opera is the backbone of music, a form that every musician should study. Without regular opera exposure, even the musicians of the Cleveland Orchestra do not realize their full potential.

The audience for “From Silence” is large. It has built-in readers not only in Cleveland, Vienna, and Zurich, but everywhere the Cleveland Orchestra is known.

Yet if there is a demographic that should read “From Silence”, it is the students, those who would devote themselves to music. The glory of “From Silence” is not a musicological glimpse or a treat on Welser-Most. This is the message that for true enthusiasts of any art, including Welser-Most himself, learning never stops. There is always room to grow.

“From Silence: Finding calm in a dissonant world”