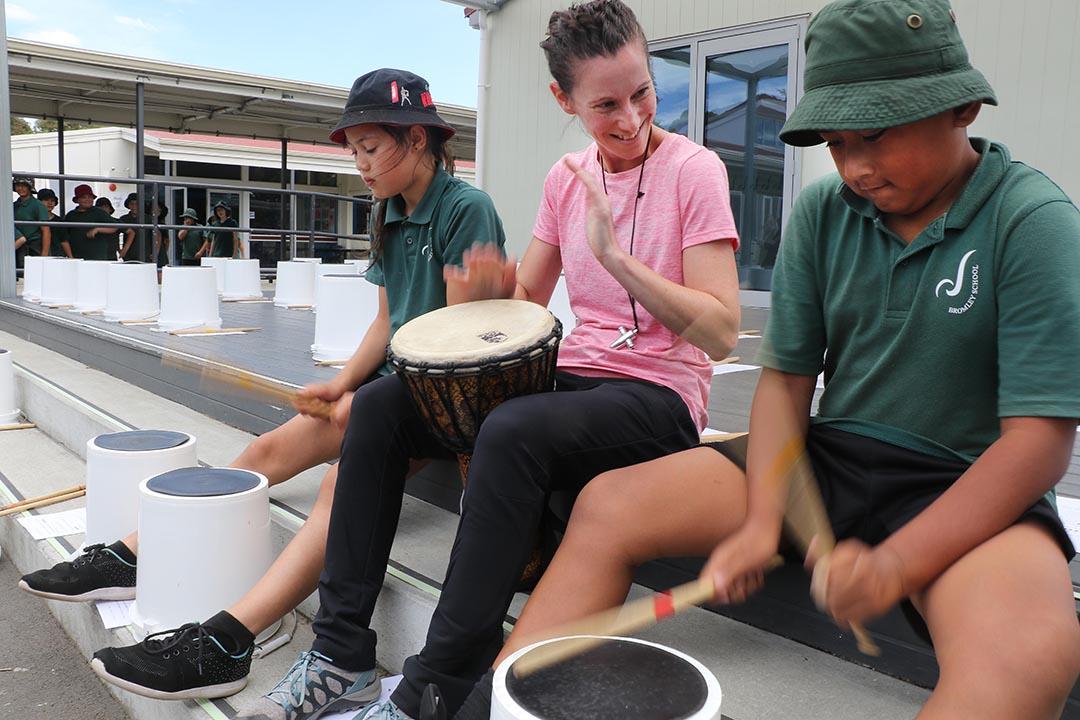 Drums, ukuleles and buckets were all part of a concert to celebrate learning and music.

Students at Bromley School put on the show after hosting a team of musicians from the Christchurch Symphony Orchestra for a week of jamming and learning together.

The school has teamed up with six musicians as part of the Karawhiua orchestra! Let’s play! Residency program, where teams of musicians travel to different schools on the South Island to work with students on musical projects.

The projects are designed to help students develop their creativity, teamwork, self-confidence and enjoyment of the arts.

Fifth-graders Phoenix and Roman played “bucket drums” and used the week to develop their musical skills with CSO.

“I loved playing in front of everyone to show how much I love music,” Roman said.

“I enjoyed learning with everyone who taught us,” Phoenix said.

Principal Scot Kinley said it was fantastic that the children could express themselves through music and that the quality of what they presented after a short period of learning was excellent.

“The kids are trying things they haven’t tried before, which is fantastic,” he said. “I am really delighted that this opportunity is given to them. “

CSO principal bassoon Selena Orwin, who has been with the orchestra since 1987, said she received tremendous feedback from the school.

“The school said the kids were very engaged,” she said. “Overall, it’s a very interesting project.

Orwin said Bromley was the sixth school they attended this year and that it was great to see the kids having fun with music without any prior experience.