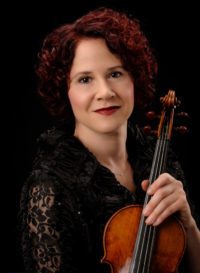 The Cascade Symphony Orchestra (CSO) will open its 60th season, while hosting its first in-person concert in 20 months, when it performs some of the musical works of composers Wolfgang Amadeus Mozart, Joseph Haydn and Antonin DvoÅ™Ã¡k on Monday, October 25. , at the Edmonds Center for the Arts (ECA), 410 4th Ave. N., in Edmonds.

Mozart’s â€œViolin Concerto No. 5 in A Majorâ€ will feature the soloist of the evening, popular Seattle-area violinist Elisa Barston. Barston is the second principal violinist of the Seattle Symphony Orchestra and has previously performed with the Cascade Symphony and in venues across the United States and Europe. She was Associate Principal Violin of the St. Louis Symphony and a member of the Principal Violin Section of the Cleveland Orchestra.

Other concerts offered by the CSO include â€œEnglish Folk Song Suiteâ€ by composer Ralph Vaughan Williams and â€œCanzon in Echoâ€ for brass ensemble by Giovanni Gabrieli.

â€œAfter more than a year without being able to play live music, we are very happy to return to our beautiful Edmonds Center for the Arts and fill it with the exciting sounds of classical music,â€ said Michael Miropolsky, Music Director of the CSO.

The Cascade Symphony, founded in 1962 by members of the Edmonds community, has been preparing to resume live concerts for many months, having canceled all concerts after February 2020 due to the pandemic. Instead of live musical events, the orchestra offered six virtual concerts last season.

In-person concerts weren’t the only losses to the orchestra, its musicians, and the community during the 2020-21 season.

COVID-19 also claimed the life of Alan Lund, 81, a longtime Seattle-area music leader and educator, in March 2020. In addition to his many years supporting CSO, the Edmonds resident has taught music in the Bellevue and Highline school districts and has conducted the Seattle Gilbert and Sullivan Society and the Seattle Opera Chorus. He was also the husband of graphic designer Cascade Symphony and former CSO charter musician Ellen Lund.

In honor of Alan Lund, the Cascade Symphony will perform the world premiere of â€œTribute for String Orchestraâ€ by local composer Steven Richards, specially written in memory of Mr. Lund.

Miropolsky noted that the season’s opening concert was scheduled to comply with existing health guidelines. â€œWe are going to stage a smaller orchestra than usual, but hopefully we can go back to a full orchestra for later concerts,â€ he said.

Tickets can be purchased online at the ECA website (www.edmondscenterforthearts.org/events/category/13/cascade-symphony-orchestra) and by phone (425-275-9595). The ECA ticket office can be contacted by email at boxoffice@ec4arts.org. The ECA ticket office is currently open from noon to 5 p.m. on Tuesdays, Thursdays and Fridays, and extended hours during performances.

â€œWe plan to present a full season of concerts in person, while complying with all federal, state and ECA regulations in effect at the time of each of our musical events,â€ said Rose Gear, executive director of CSO. â€œDue to the uncertainty surrounding future public health and safety conditions, we are unable to offer season tickets for the 2021-22 season. Tickets will be made available on a per concert basis to allow for the possibility of physical distancing of patrons in the auditorium.

Joining other performing arts venues in the region, the ACE requires proof of vaccination – or a negative COVID-19 test – for entry to all shows and events in the theater. Face masks are mandatory inside the ACE. The complete and up-to-date regulations for the place are available on ec4arts.org.

Additional information on the Cascade Symphony Orchestra, its upcoming season and all updates are available online at www.cascadesymphony.org.