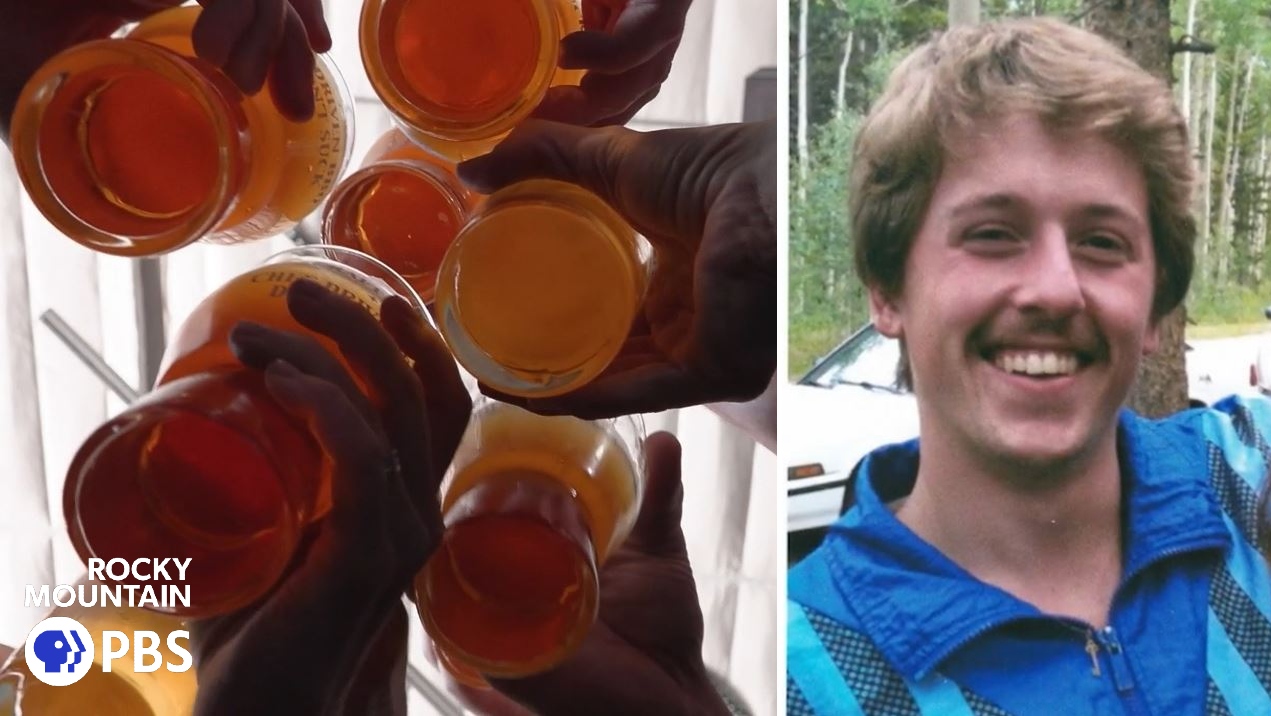 AJ was just 18 when the death occurred while on a movie date with his girlfriend. He was fresh out of Gateway High School, where he was first viola in the school band and played baseball. A family photo shows a smiling shaggy-haired AJ, with a hint of a beard, looking optimistically upwards.

He was one of 12 people killed by a heavily armed intruder during a midnight film screening on July 20, 2012; 70 were injured. AJ’s girlfriend survived with just scratches, but was covered in her boyfriend’s blood after trying to help her. The shooter, arrested shortly after the massacre, was convicted in 2015 and sentenced to 12 life terms plus 3,318 years.

At AJ’s funeral a week later he was lying in an open coffin. At the top of his body was his certificate of admission to Rocky Mountain College of Art & Design, where he was to begin classes this fall. Many of his Gateway classmates and other mourners wore purple, AJ’s favorite color.

Speakers in the service talked about the young man’s smile. “He brought so much joy to all of us,” AJ’s uncle John Hoover told mourners. â€œâ€¦He was ready to do anything to make someone laugh. What he really brought to the world was kindness.

“A way to remember”

The young man’s memory hung in the air recently as his family came together to make 93 gallons of AJ’s Haze.

The IPA should be ready and available at Six Capital – at 16701 E. Iliff Ave. near South Buckley Road in Aurora – July 14 at 5 p.m., the brewery said. He plans to donate the beer proceeds to the 7/20 Foundation. It is a non-profit organization that has created a Memorial to the victims of the theater shooting, their families and first responders outside the Aurora Civic Center, and who is now working to support communities elsewhere who have experienced mass violence.

“AJ’s Haze means a lot to us,” said Blake Butler, owner of Six Capital Brewing. â€œIt’s a way of remembering and honoring a great person and his family who are here today. It’s also a way to shine a light on the 7/20 Foundation, and let people know (that) we’re still here, we still remember, we’re still going to be there by saying their names, telling them giving a voice, when they are no longer with us to have that voice.