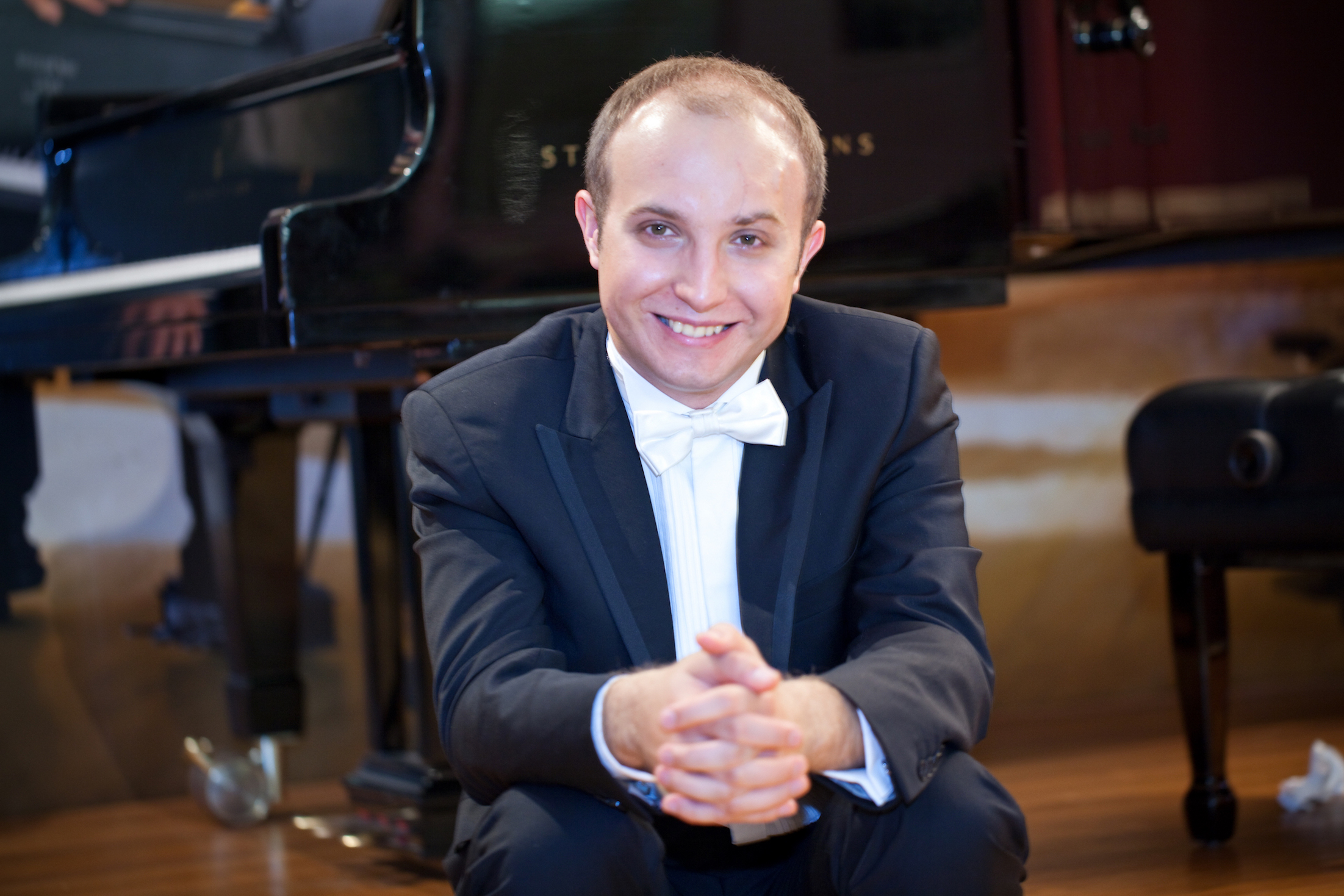 A late program change meant that instead of the lush romance of Rachmaninoff 2, listeners were treated to a scintillating rendition of Sergei Prokofiev’s explosive First Concerto when Ukrainian-born Australian pianist Alexander Gavrylyuk raised the roof of Sydney Town Hall with the Sydney Symphony Orchestra’s final concert at the venue before returning to the newly refurbished Sydney Opera House Concert Hall.

No reason was given for the change, but perhaps the change of Russian composer was a reflection of the 37-year-old virtuoso’s feelings about the ongoing bombardment of his hometown of Kharkiv by Putin’s troops.

Either way, it was a thrilling performance with Benjamin Northey carefully ensuring piano and orchestra were in perfect sync throughout the jumble, constantly shifting 15 minutes of student work into a single movement that Prokofiev dedicated to his teacher in Saint Petersburg, “the dreaded” Nikolai Cherepnin.

Gavrylyuk sent out the solo cadenza with power and flawless articulation and there was a sense of defiance in the mid-section where he played against the ominous rhythm of the orchestra. The finale, with all the energy and momentum of a scene from a silent action movie, and lots of fun and humor to boot, built to a shattering crescendo with the soloist catapulted onto the piano stool for the final flourish.

The performance encapsulated the genius of a pianist who moved to Sydney with his family aged 13 and was first noticed by local audiences when he made his SSO debut under Vladimir Ashkenazy playing Rachmaninoff 3.

He was not going to be allowed to leave the stage without an encore and he chose a favorite of the great Vladimir Horowitz in Robert Schumann Träumerei. Perhaps it was just a coincidence that in 1999 Gavrylyuk won the first prize and the gold medal at the Vladimir Horowitz piano competition.

Northey’s empathy for contemporary classical music was visible in the opening work, ghost light by Deborah Cheetham, a substantial work written as a “love letter” to musicians, technicians, performers and staff who have been silenced by the pandemic.

“A ghost light is a single bulb that is turned on whenever a theater is dark. Some claim its function is to drive away evil spirits; others insist that it lights the way for the ghosts that inhabit virtually all theaters, keeping them happy and content,” Cheetham said.

The 20-minute work is a throwback to the music of the Romantic composers Cheetham turned to during the shutdowns, particularly Rachmaninoff. A commission as part of the SSO’s 50 Fanfares project, this awe-inspiring piece showed a masterful display of the orchestral palette with rich strings underpinned by mysterious ethereal figures from Rebecca Lagos and the percussion department.

Although the work may have followed Rachmaninoff’s concerto better as originally intended, nothing was lost in the reprogramming as the second half became a pleasing contrast between two composers steeped in northern European tradition. .

Claude Debussy called Edvard Grieg’s works “pink candies filled with snow”, but one can’t help but think that the acidic Frenchman must have envied the four infallible successes that make up Peergynt Suite No 1. This is 15 minutes of music anchored in our collective consciousness that never fails to delight audiences young and old.

Northey took the opening morning mood at a brisk pace – this was no time to sleep in and stretch. Death of Ase practically plays itself as long as the chef never leaves it lying around, and there was no chance here, while the delicious Anitra’s dance was as airy as a soufflé and Matthew Wilkie’s bassoon rumbled beautifully to ignite the show In the Hall of the Mountain King.

Northey is a champion of the works of Finnish composer Einojuhani Rautavaara, having led a program of three of his works for the 2017 Sydney Festival just months after the death of Sibelius’ anointed successor. The highlight of this concert was the performance of Symphony No. 7, angel of lightand this work closed the evening with its four movements of quietude interspersed with celestial menace – these are not your beautiful Renaissance angels nor your chubby seraphim – and finally with hope and beauty.

There was a feeling that this was the end of another chapter for the SSO in its 9th year as it prepares to return to its current home after being exiled to its former home at City Hall. But there was also a sense of continuity.

The evening began, after a welcome to the country by Brendan Kerin of the NSW Aboriginal Land Council, with an introductory speech by Jane Hazelwood who was a violist at the SSO for 30 years. Both of his parents played in the orchestra, his mother Anne as a clarinetist and his father Donald as concertmaster for 33 years. He later donated his violin and it is now played by assistant concertmaster Harry Bennetts.

The circle has indeed not been broken.