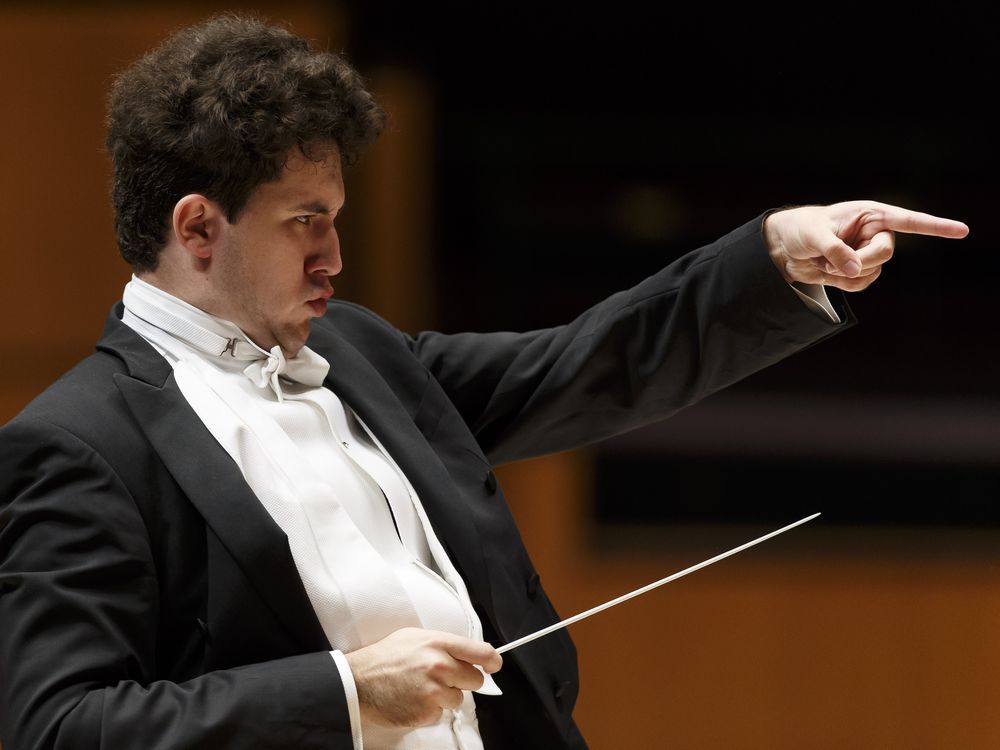 When in 2017 a tall, lanky and flamboyant 24-year-old, dressed in bright colors and with a tousled tuft of hair, took the podium for the first time as conductor of the Orchester symphonique d’ Edmonton, I have to admit I was a bit skeptical.

I had heard him conduct the orchestra for the first time a year earlier and had written ‘Prior gets there, but didn’t quite get there’.

Well, he arrived, and in many ways he transformed the orchestra and its audience. He was loved by the players, the community and the many friends he made, myself included.

At the end of his five-year contract, he leaves the orchestra for the German city of Erfurt, where he will be the musical director of the prestigious opera company Theater Erfurt and the associated Erfurt Philharmonic.

He leaves behind a considerable legacy. Above all, he took the orchestra to a new level of playing, whether it was eliciting true pianissimo from the strings, new nuances of expression and phrasing, or greater depth of emotional feeling.

“He has an incredible musical imagination. I have the impression that when he tackles a symphony, there are colors, there are turns of phrase, there are rhythms that are really special, and good for him, that he is able to communicate to the orchestra.

This musical imagination often causes Prior to rethink works, but only when he feels there is a valid reason for it. He stripped Tchaikovsky’s symphonies, for example, of the more over-the-top romantic garb they so often don, and revealed something far more visceral and powerful. In doing so, he convinced me of their power.

Prior also championed two favorite little-heard Scandinavian composers in Edmonton, Sibelius and Nielsen. He himself rightly considers the 2019 Sibelius mini-festival to be one of the highlights of his tenure.

This sense of exploration is at the origin of his second heritage. He has an amazing knowledge of classical music. But his desire to learn more is just as insatiable, and he has succeeded in introducing the music of the 21st century to the orchestra and to the public, by presenting composers of great diversity. This culminated in the amazing and enthusiastic concert of works by female composers last month.

Prior’s third legacy — and this will be difficult to track — is how he embraced Alberta, to which the public reacted strongly. He was introduced to country music (he’s now a huge Corb Lund fan), but more importantly, he called Edmonton home, unlike many bandleaders in similar positions who fly in when needed. Indeed, he now has permanent resident status in Canada.

This identification with the city endeared him to many, as did his very open nature. “He is an extremely warm, generous and very generous-minded person,” says Uchida. “Someone we really like, who we’ve really enjoyed working with all these years. You can feel it when he’s in the building.

Petrov agrees. “I have enormous affection for Alex and I believe that this is also true for the orchestra, for the board of directors and for the community. What stands out is Alex’s infectious love for music and life, and his deep interest in much of the world.

Prior himself puts it quite differently. “I think I grew up here. As an artist, as a human, and as a leader, you know. I think during my time here Alberta values ​​have really rubbed off on me and as a result I feel maybe a kinder and gentler person and probably a warmer person. Kindness to others has truly been a daily feature of my time here. I am full of love and gratitude for this part of the world. I feel like the audience is all my friends, you know, and I’m really going to miss that.

What everyone agrees on is that this very talented and still very young chef will have the kind of opportunities in Germany that simply aren’t available here. It’s a more sophisticated and exciting musical milieu, thanks to such German support for classical music and opera, and long musical traditions.

Prior will open the opera season in Erfurt in October with Elektra by Strauss. A Ring cycle is in preparation, and for Prior’s opening orchestral concert, the main work is Bruckner’s huge and magnificent Symphony No. 7.

In the meantime, he will conduct the last two concerts of his ESO season on June 3 and 4, then June 17 and 18. One thing is certain, musical creation will not concern Prior, but music because that is what he lives. for.

He will return however.

“We look forward to Alex’s frequent return to Edmonton,” says Petrov – there are plans for more music gigs – and it’s a sentiment Uchida shares.

For Prior knows that the best classical music is not just about the entertainment, not just about him or the orchestra or the soloists, but about all of us experiencing something profound about the human condition itself. And this is the legacy of great conductors.

Sign up to receive daily news from the Edmonton Journal, a division of Postmedia Network Inc.

Thank you for your registration!

A welcome email is on its way. If you don’t see it, please check your spam folder.

The next issue of Edmonton Journal Headline News will soon be in your inbox.

We encountered a problem during your registration. Try Again